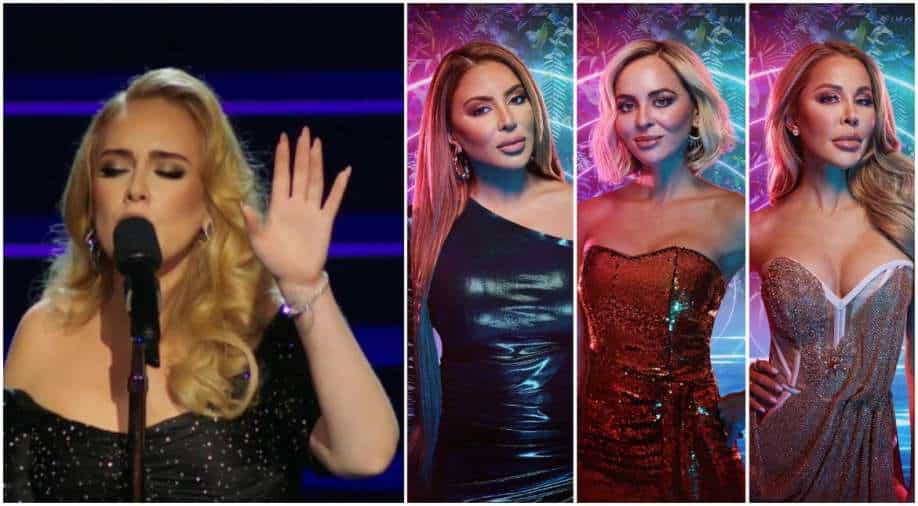 Adele is not into reality TV shows, she confirms Photograph:( Twitter )

Adele, during her promotional appearance on a YouTube channel, mentioned she tried watching 'The Real Housewives of New Jersey' but the arguments were too intense for her.

Trust Adele to be her brutally honest self at all times.

The multiple Grammy-winning singer is apparently not  fan of the show 'Real Housewives' and the status of that is not going to change anytime soon.

On Thursday, Adele said while getting her make-up done on content creator Nikkie Tutorials' YouTube channel. "I know a lot of people love it, but I can’t. My brain will die, I can’t."

She added, “I don’t know who any of them are, so I don’t feel like I can start from the beginning when it’s been on for so long.”

While the host, Nikkie de Jager, tried convincing Adele that the shows are binge-watchable, the singer rejected the idea, stating, "I’m not going to lie, it doesn’t work for me."

The 'Hello' singer mentioned she tried watching 'The Real Housewives of New Jersey' but the arguments were too intense for her.

“One time I did watch one episode of ‘The Real Housewives of New Jersey’ when they were all like literally killing each other, but it was too much, I was like I can’t, I can’t watch,” she said, adding “rather watch a wildlife program.”

Later, Adele explained she is generally not a fan of reality TV shows and prefers watching more of 'educational' programs.

When asked about reality dating show 'Love Island', she quipped, “I can’t bear that show.”
Adele explained that her ex-husband, Simon Konecki, watches 'Love Island' and she had tried watching it one summer but she “couldn’t believe it.”

“I think Simon probably saved my life, to be honest with you,” Adele told Oprah Winfrey of her former husband in November. “He came at such a moment, where the stability that him and Angelo have given me, no one else would ever have been able to give me.”