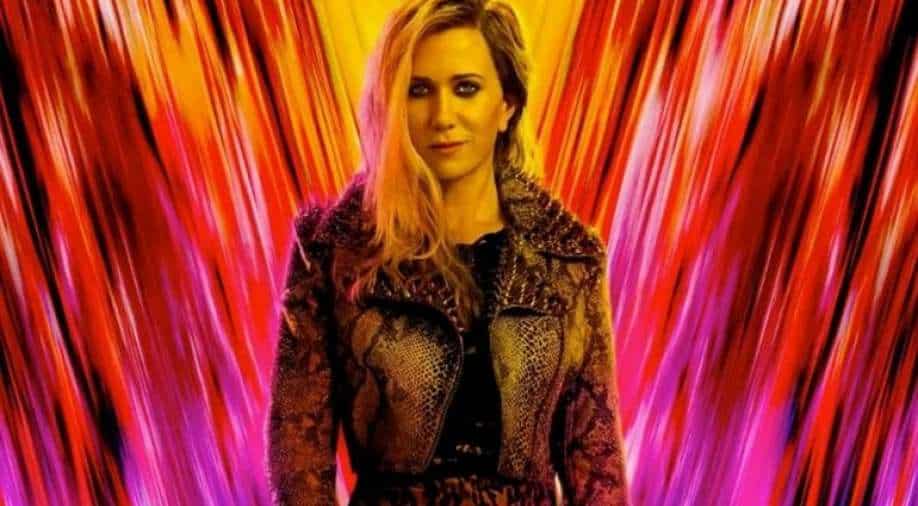 The Warner Bros. Pictures project will release in India on December 24 in English, Hindi, Tamil and Telugu.

Actress Kristen Wiig says she did not want to bulk up for the role of the supervillain, the Cheetah, in the upcoming superhero adventure, Wonder Woman 1984. She adds that she had a rigorous workout regime to get the physical aspect of the role right.

To get the physicality on point, Wiig relied on her workout regime with trainer Jenny Pacey for the film, which began pre-production and lasted for around eight months.

"With me being the Cheetah, we had to incorporate these predatory feline movements -- shoulder movements and sweeping claws, curling my back and such," Wiig said.

"I didn't want to bulk up in any way because Cheetah is very long and lean, and Jenny was amazing. She worked really closely with the stunt team to know what kinds of movements I would have to do and developed a very intentional way to work pretty much every muscle in my body," she added.

The Patty Jenkins directorial brings back Gal Gadot as Wonder Woman. The sequel also introduces Pedro Pascal as Maxwell Lord besides Wiig as the Cheetah, or Barbara Minerva.

Talking about her on-screen transformation from Barbara to Cheetah, Wiig shared: "Barbara's transformation is emotional and physical. She starts out very dowdy but then she starts to wear more form-fitting clothes, her hair's a little different, she's got make-up on. Then she notices people are noticing her and she really likes it. Her attitude shifts and she starts to become this person she thinks will make her happy."
According to Wiig, Jenkins was very specific about how Gadot and Wiig fight on screen.

"She didn't want to have two people just punching each other. Everything comes from the character, and when I watch a superhero movie, my favourite part is when they are discovering their powers and strengths. So, getting to do that was really exciting for me," Wiig recalled.

The film also stars Chris Pine as Steve Trevor, Robin Wright as Antiope and Connie Nielsen as Hippolyta. The Warner Bros. Pictures project will release in India on December 24 in English, Hindi, Tamil and Telugu.