Kanika Kapoor opens up about COVID-19 diagnosis: There was no party hosted by me 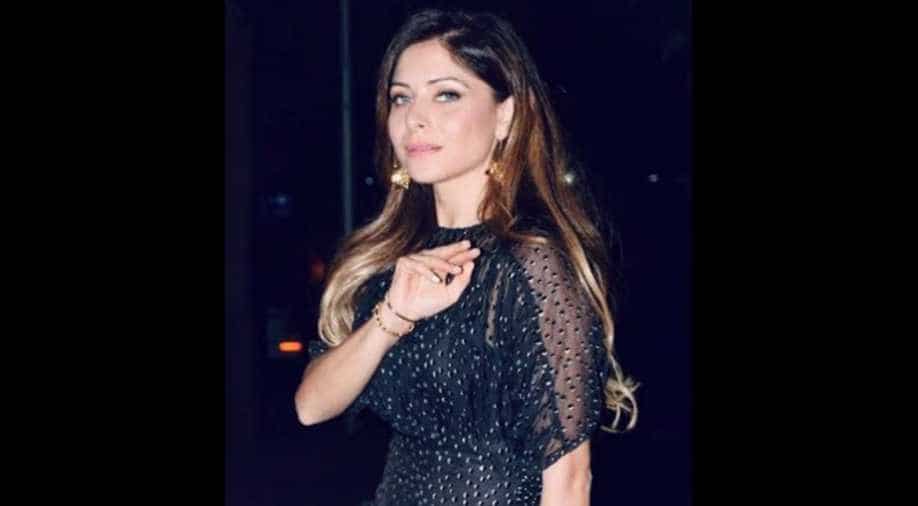 Kanika Kapoor's sixth coronavirus test came out negative on April 6 following which she was discharged from the hospital.

Days after recovering from COVID-19 and getting discharged from Lucknow`s Sanjay Gandhi Postgraduate Institute of Medical Sciences, Bollywood singer Kanika Kapoor on Sunday said that "no party was hosted" by her in Lucknow and that there have been several "wrong exchanges of information" about her.

She took to Instagram to open up about her coronavirus diagnosis and also said that her health was normal when she attended a lunch and a dinner hosted by a friend.

"I travelled from the UK to Mumbai on 10th March and was duly screened at the international airport. There was no advisory on that day (UK travel advisory was released on March 18) that stated that I needed to quarantine myself. I showed no ill health so did not quarantine myself," she said.

"I travelled to Lucknow the following day on 11th March to see my family. There was no screening set up for domestic flights. On the 10th and 15th March, I attended a friend`s lunch and dinner. There was no party hosted by me and I was in absolute normal health," Kapoor added.

The 'Chittiyan Kalaiyan' singer then revealed that she started experiencing the symptoms of the virus on March 17 and hence got herself tested on March 19.

"I had symptoms on the 17th and 18th of March so I requested to be tested. I was tested on 19th March and on 20th March when informed that my test was positive, I chose to go to the hospital. I was discharged after 3 negative tests and have since been at home for 21 days," her statement read.

In pics: From 'Ramayana' to 'Shaktiman', how TV is bringing back classics amid lockdown

The 42-year-old singer has been slammed and has also been booked for not quarantining herself and attending social events post her return from the United Kingdom.

"I know there are several versions of stories out there about me. Some of these seem to be fuelled even more because I have chosen to be silent until now. I stayed quiet not because I am wrong but in fact being fully aware that there have been misunderstandings and wrong exchanges of information," the `Baby Doll` singer said.

Kapoor further said that she is currently staying with her family in Lucknow and informed that every person she has come in contact with has been tested negative.

"Some facts that I would like to share with you. I am at home in Lucknow spending some quality time with my parents. Every person that I have come in contact with, be it in the UK, Mumbai or Lucknow has shown no symptoms of COVID-19. In fact, all those tested have been negative," she said.

Kapoor ended the note by thanking the medical staff of a Lucknow hospital where she was admitted for treatment.

"I want to especially thank the doctors and nurses who have so graciously taken care of me during a very emotionally testing time. I hope that all can deal with this matter with honesty and sensitivity. Negativity thrown at a person does not change the reality. Love, Kanika 26 April 2020," her statement read.

Kanika`s sixth coronavirus test came out negative on April 6 following which she was discharged from the hospital.

Earlier, Lucknow Police booked the singer on charges of negligence for attending various social events in the city despite being infected with coronavirus and having been instructed by the authorities to isolate herself at her home.

She has been booked under Sections 188, 269 and 270 of the Indian Penal Code (IPC) at Sarojini Nagar police station in the city. The FIR was lodged based on a complaint filed by the Chief Medical Officer (CMO) of Lucknow.