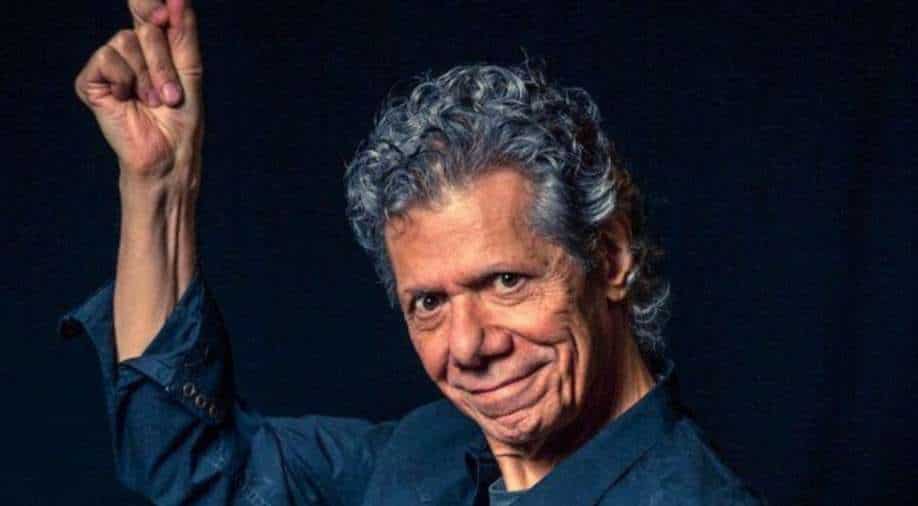 Corea's illness "was only discovered very recently," read a statement posted on his Facebook page.

Chick Corea, the American jazz composer and electric keyboard trailblazer whose visionary fusion work stretched the traditional boundaries of genre, has died of a rare form of cancer. He was 79.

Corea's illness "was only discovered very recently," read a statement posted on his Facebook page Thursday.

"I want to thank all of those along my journey who have helped keep the music fires burning bright," read a message the 23-time Grammy award winner left prior to his February 9 passing, which his team released in the statement.

"It is my hope that those who have an inkling to play, write, perform or otherwise, do so. If not for yourself then for the rest of us. It's not only that the world needs more artists, it's also just a lot of fun."

The dynamic composer and bandleader, whose compositions-turned-jazz standards included "Spain," "500 Miles High" and "La Fiesta," was among a select group of talent alongside Herbie Hancock and Keith Jarrett to emerge as some of the 20th century's most influential pianists.

Over his more than half-a-century-long career Corea established himself as a revolutionary of the 1970s jazz fusion era, experimenting with rock and electronic sounds to shake the genre into the contemporary era.

"We have a mission to go out there and be an antidote to war, and all of the dark side of what happens on Planet Earth," he told the NPR program "Jazz Night in America" in 2018, explaining the role of the artist.

"We're the ones that go in and remind people about their creativity."

- 'Joy of creating' -
Born Armando Corea to a family of Italian-Americans in Chelsea, Massachusetts on June 12, 1941, the musician was introduced to the piano at a young age by his jazz trumpeter father, and took an early interest in bebop.

The pianist who also played the drums performed local gigs in high school and began musical studies at both Columbia and Juilliard before quitting to play full time.

In the early 1960s he worked with greats including Stan Getz and Herbie Mann, later replacing Hancock in Miles Davis' band, an icon Corea influenced into his electronic period that included classics like "Bitches Brew."

Corea routinely used a ring modulator to create his pioneering effects on the electric piano, at a time when synths were rarely seen onstage.

The musician known for his improvisational chops started his own free jazz group, Circle, which was active from 1970-1971, when Corea began expanding on the percussiveness of the piano by plucking the strings inside the instrument's body.

In 1971 he co-founded his most famous group, Return to Forever, melding acoustic and electronic instrumentation with a Latin American bent.

A pioneer of solo piano shows, Corea was a master of everything from classical to standards to swing and Latin jazz, touring relentlessly until the pandemic halted live concerts.

"This man changed my life thru his music and we were able to play together many times," tweeted Sheila E., an acclaimed jazz drummer and Prince protege.

"Chick, you are missed dearly, your music and brilliant light will live on forever."

He has more jazz Grammys than any other artist, and is up for two awards at next month's ceremony honoring music's brightest: Best Improvised Jazz Solo for "All Blues" and Best Jazz Instrumental Album for "Trilogy 2."

Corea was named a National Endowment of the Arts Jazz Master in 2006. At the time of his death he was member of the Church of Scientology and lived in Clearwater, Florida.

"Throughout his life and career, Chick relished in the freedom and the fun to be had in creating something new, and in playing the games that artists do," the statement announcing his death read.

"Though he would be the first to say that his music said more than words ever could," the statement said, Corea left a message imparting upon his "amazing musician friends who have been like family" that "it has been a blessing and an honor learning from and playing with all of you."

"My mission has always been to bring the joy of creating anywhere I could," read Corea's words.

"And to have done so with all the artists that I admire so dearly -- this has been the richness of my life.