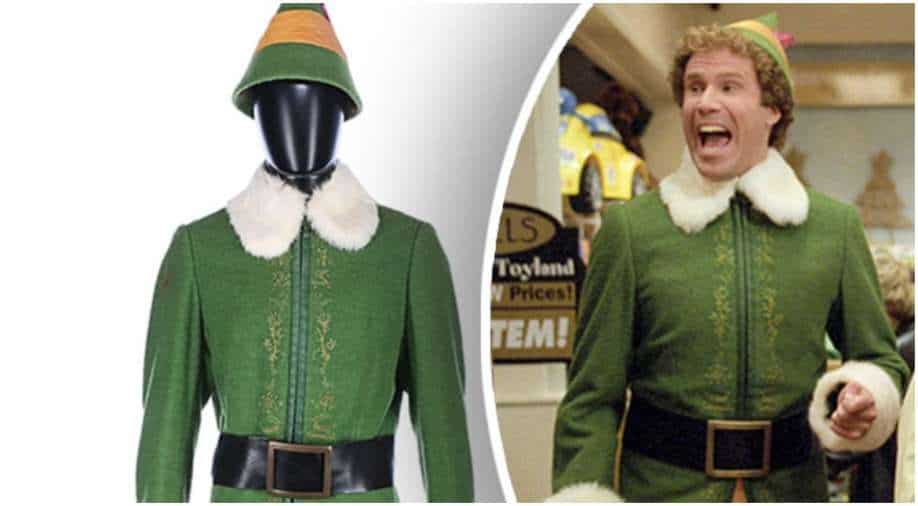 Will Ferrell's one of the three Elf costumes went for $300, 000 Photograph:( Instagram )

“It became the default costume that I would wear when I was handing out presents to the kids, and nieces and nephews. The entire family has tried this thing on at one point or another,” producer Jon Berg, who was in possession of the costume, joked.

After garnering a whopping $300, 000 for one of the three 'Buddy the Elf' comstumes, funny man Willl Ferrell's last 'Elf' outfit is now up for auction.

Reports have confirmed that the last of the three costumes Will Ferrell wore in 'Elf' will be available for auction as part of Bonhams’ 'TCM Presents… Hollywood Cool' event on Wednesday morning.

On the set of the movie, there were reportedly three identical varieties of the Buddy the Elf Hero costume, out of which two have already been auctioned. Just a few weeks back, the second costume was sold for a whopping $300,000.

Elf producer Jon Berg has made this costume available for auction, who came into possession of it after filming wrapped on the production. After his successful stint on Elf, Berg went on to produce at Warner Bros. and has worked on films such as 'Wonder Woman', 'Aquaman', 'Justice League', 'The Blind Side', 'Argo', among others.

While at the company, Berg had offered to donate the Elf costume to the Warner Bros. Studio Tour Archive, but the studio museum declined the offer, reports claim.

Since then, Berg has kept the suit with him, occasionally lending it to friends and family over the years and has even worn it himself to spread Christmas cheer (as Buddy, the character, would do).

“It became the default costume that I would wear when I was handing out presents to the kids, and nieces and nephews. The entire family has tried this thing on at one point or another,” the producer laughed.
Berg recently learned of the other recent auction from a fellow Elf creator.

“A week or two ago, my friend, who’s the writer of Elf, David Berenbaum, texted me this link that one of the Hero costumes had sold two weeks ago for $300,000. I guess memorabilia and collectibles are more popular now than ever before. And he’s like, ‘Do you still have your costume?’ And of course, I did. It was just sitting in my closet," Berg recalled.

The auction will be held by Bonhams as part of the 'TCM Presents… Hollywood Cool' auction program that hosts a plethora of Hollywood items, including Happy Days’ Arthur 'Fonz' Fonzarelli’s Triumph Motorbike and Henry Winkler’s complete Fonzie outfit from the show, reports claim.

Producer Jon Berg will be donating a part of the proceeds to charity group Action for Aidan: an NGO raising funds for Hunter Syndrome research. This donation is reportedly in honour of Berg’s 13-year old nephew Aidan Carter, who was diagnosed with the disorder when she was 15 months old.