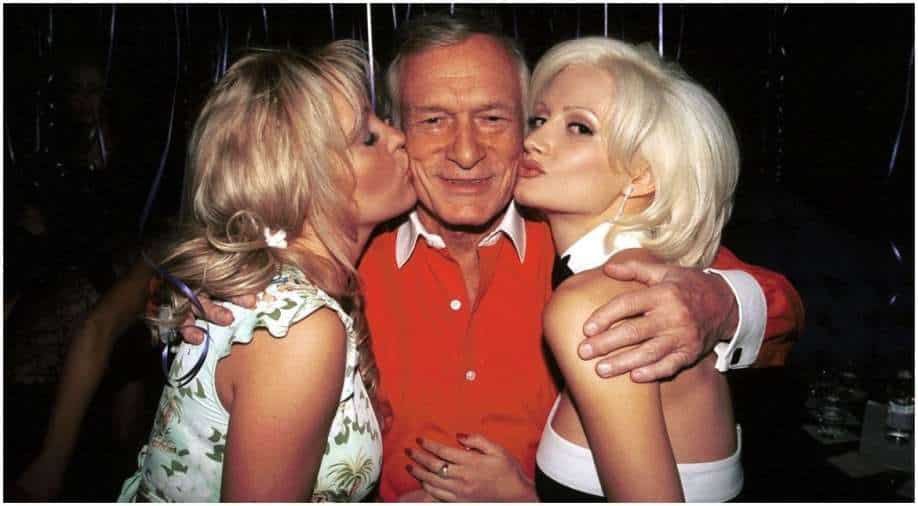 “I came back with short hair and he flipped out on me. He was screaming at me and said it made me look old, hard and cheap," Hugh Hefner had said at the time to partner Holly Madison.

After years of speculation around the world of Hugh Hefner's Playboy Mansion, an ex-Playmate has finally come out and spoken up against the atrocities at the 'gross' house of seduction.

“I felt like I was in the cycle of gross things and I didn’t know what to do,” Holly Madison, former Playboy model and ex-girlfriend of late Hefner, said in a new clip from the upcoming A&E docuseries 'Secrets of Playboy'.

In a preview for the notorious Playboy empire, which is slated to debut on January 24, Madison revealed the mental and emotional turmoil she had to endure as a Playmate from 2001 to 2008 under Hefner. He died of sepsis in 2017 at the age of 91.

“I got to a point where I kind of broke under that pressure and being made to feel like I needed to look exactly like everybody else,” says Madison.

The blonde said that after six months of living alongside similar-looking women, she chopped off her lengthy golden mane in a bid to boost her confidence.

Hefner, however, wasn't happy with her new look.

“I came back with short hair and he flipped out on me. He was screaming at me and said it made me look old, hard and cheap," he had said at the time.

Madison’s allegations of Hefner’s anger were confirmed by his friend Jonathan Baker.

“I remember when she cut her hair. He was very unhappy about it. Yup, his world," said Baker, reportedly.
“Hef would be pretty abrasive in the way he said things to Holly,” said another former Playmate Bridget Marquardt.

“She came down with red lipstick one time and he flipped out, said he hated red lipstick on girls and [told her] that she needed to take it off right away,” added Marquardt.

“It was very frustrating to live with every day. All of the drama that was going on and the tension. I could definitely see that [Madison] was getting depressed and sad and her demeanor was starting to change," she added.

“Hef pretended that he wasn’t involved in any hard drug use at the mansion, but that was just a lie,” said another former girlfriend of the mogul, Sondra Theodore, also a Playmate from 1976 to 1981. “Quaaludes down the line were used for sex. Usually you just took a half [of a Quaalude]. But if you took two, you’d pass out. There was such a seduction, and men knew that they could get girls to do just about anything they wanted if they gave them a Quaalude," Theodore revealed.

“Quaaludes were what we called leg-spreaders. That was the whole point of them. They were a necessary evil, if you will, to the partying," Lisa Loving Barrett said.

Barrett, who worked at the Playboy Mansion from 1977 to 1989, admitted to joining Hefner and his executive staffers in getting prescriptions for medications to maintain a constant flow of drugs into web of lust.

“We would have prescriptions in some of our names. There were prescriptions in Sondra’s name, in Hef’s name and in my name and Mary’s name … We kept a desk calendar that would say ‘Lisa’s Q’ or ‘Hef’s Q’ or ‘Sandra’s Q.’" revealed the former assistant.

Barrett said the mansion's stock of drugs “enabled four or sometimes five prescriptions for the same medication to feed the machine.”

The 'Secrets of Playboy' will reportedly show the sexual assaults, drug abuse, prostitution, suicide and murder that, for more than six decades, went on at the Hefner empire.