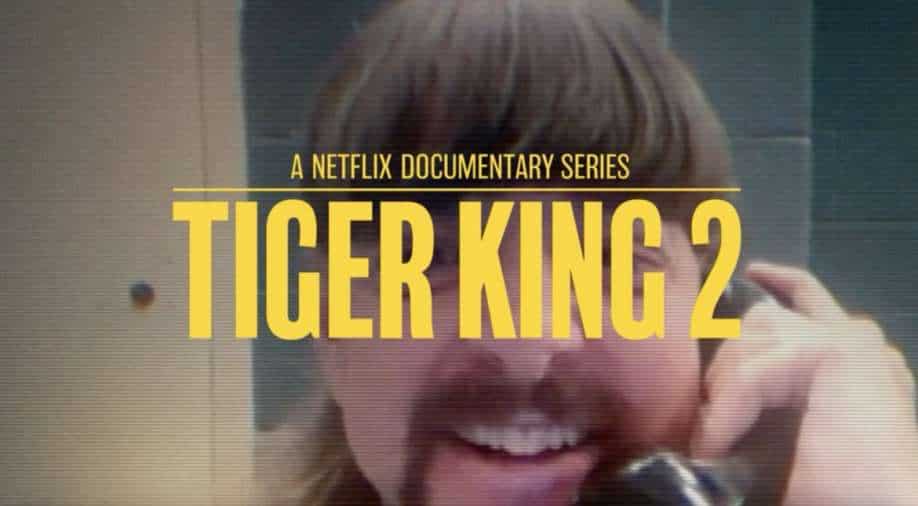 To release a follow-up season to its ridiculously successful successor seemed liked a winner of a strategic move on Netflix's part. And, barring a few low-blow moves by the makers, 'Tiger King 2' does deliver what it implies it sets out to do: bring in more drama!

Wearing a surgical mask for the first time and finding it funny around the mouth area, not having to park your bottoms on your office chair at 9 in the morning sharp, witnessing aerial shots of busy cities turning into ghost towns overnight and obsessively watching Netflix's wild-ride series 'Tiger King' are some of our innocent lockdown memories from 2020. Of course, that initial enjoying-life-go-by phase was quickly replaced by anxiety and fear, among other strong emotions.

So the announcement of 'Tiger King 2' this year meant high recall value on the part of its loyal fan base across the globe. Like all other peeps out there, we were bubbling with questions: Is Joe out? Did he do it? Did Carol do it? What happened to Jeff and Lauren? Where is Allen? Does Dillion still care?

To release a follow-up season to its ridiculously successful predecessor seemed liked a winner of a strategic move on Netflix's part. And, barring a few low-blow moves by the makers, 'Tiger King 2' does deliver what it sets out to: more drama!

First things first, Joe's still in prison and hasn't been able to 'enjoy his own fame', but, others are milking it away anyway. Self-proclaimed snitches Jeff Lowe and wife Lauren have clicked over 30,000 selfies. Former zookeeper John Reinke, the man who lost both his legs working at Joe Exotic's GW Zoo, charges 15 dollars for a picture now.

But, this season's top selling point has to be Jeff Lowe's (yet another!) foul-mouthed former business partner Tim Stark and, believe it or not, his alter ego Sue. Nothing, absolutely nothing, beats this latest Joe-esque character who is eccentric, abuse-hurling and has touched the zenith of megalomania because of which, sadly, there's less of Joe Exotic in Joe Exotic's story.

'Tiger King 2' starts on a more serious note, with a seemingly in-depth background research and filtered updates on the Don Lewis case: the man who was allegedly fed to Tigers by his ex-wife, Carol Baskin. However, that sub-track is dropped midway rather abruptly and the viewers are suddenly faced with a series of moments-of-reckoning from Jeff Lowe, Allen 'the hitman', 'snitch' James Garretson and anyone who is now on the wrong side of the law. Very convenient, and also, juicy!

Also read: Exclusive: Dwayne Johnson- Shooting 'Red Notice' during COVID-19 was challenging, but we rallied together

But, directors Eric Goode and Rebecca Chaiklin, after the unfathomable success of their series' debut instalment, seem to lack depth this time around and were in haste to touch upon all the major key points of the 'madness and mayhem' that is the Joe Exotic saga. So, in order to satiate the audience's need for entertainment, they talk to a partially captured frame of Joe in prison, who must have spoken for a total of 20 minutes in this five-part, almost hour-long episodes. Then quickly move on to the controversial figures that got him locked up in the first place, with a dash of politics and Coronavirus in the background. There's drama in courtroom, too.

'Tiger King 2' just doesn't have the same aha moments that made the series the father of all meme generators back in 2020; it is hard to put a finger on why. Our observation is that there's no freshness to the story and the developments do not involve the love-to-hate central figure, Joe, directly.

In terms of popularity, 'Tiger King 2' is a lot like its cult dive-deep 'Wild Wild Country' sans one glaring difference: it shouldn't have been ordered for a second season. Some stories, and some shows, fail to present innovative hook factors and fresher twists-and-turns and it is best to leave them at that.

'Tiger King' should have been an enigma we could talk about for years, not a dragged-on reality show on disgruntled friends and foes like its now on its way to become.