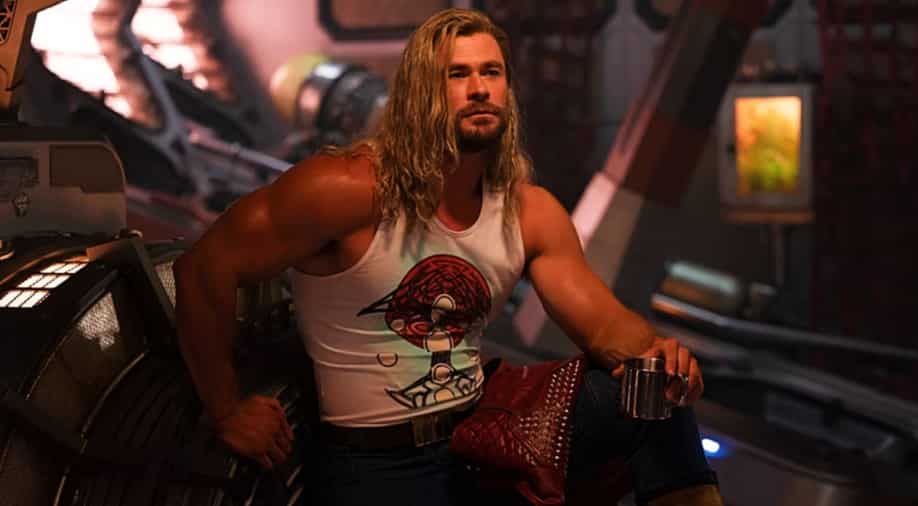 'Thor: Love and Thunder' releases on July 7. Photograph:( Others )

It is often said that Chris Hemsworth was born to play Thor. It does not seem like an exaggeration either. He has the required physique, the screen presence and acting skills to authentically portray a character who is supposed to be a god. Starting his journey in 2011's Kenneth Branagh film 'Thor', the god of thunder started out as a furious, humourless superhero who seemed to do superheroic stuff like saving people with a mood that made it appear he would rather be doing anything else.

The 2013 film, 'Thor: Dark World', was the low point of Hemsworth's Thor. But the actor, thanks to New Zealand director Taika Waititi, bounced back in style with 2017's 'Thor: Ragnarok', a colourful, hilarious, psychedelic, and sorts of nuts (in the best sense of the world) adventure that showed to the world that Hemsworth has hidden comedic talent that had been squandered until now.. Thanks to 'Ragnarok', Thor was clearly the MVP of 'Avengers: Infinity War'.

Also Read: Christian Bale open to reprising Batman, but only on one condition

While sharing the video on Instagram, he wrote, "For over a decade you have shown us that Thor is still worthy. We’re humbled and grateful to all of you who have been part of this incredible journey. We can’t wait for you to see #ThorLoveAndThunder in theaters July 8th ❤️⚡️ Preorder your tickets now at the link in bio!"

The video features interviews of Marvel Studios Kevin Feige, Natalie Portman, Tessa Thompson, Waititi, and Hemsworth himself. Feige says that to cast the character, they scoured the entire world and found Hemsworth. We wholeheartedly agree.

The video and caption's tone also seems to signal the end. Many expect 'Love and Thunder' to end at least Hemsworth's journey as the Asgardian god. One of the trailers also had Waititi's character Korg speaking about Thor in the past tense. Well, we will find out soon enough.