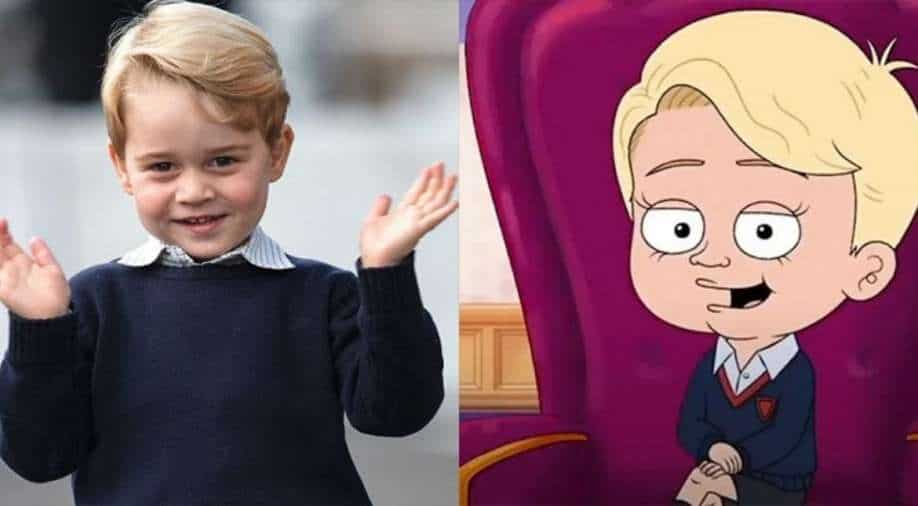 The Prince to premiere on HBO Max Photograph:( Twitter )

Excited to watch the life of British royal Prince George, the youngest heir to the throne of England? A satirical tale of his life 'The Prince' will premiere on HBO Max starting today.

British royal Prince George’s life is parodied in HBO Max’s latest project titled ‘The Prince’ and will premiere this Thursday. Divided into 12 episodes, all will premiere at the same time.

The Prince was initially scheduled for premiere in May but it got delayed due to the sudden death of Prince Philip, Queen’s husband.

For the unversed, HBO Max’s The Prince will bring a satirical look of the life of Prince George to the big screen as he faces scrutiny and copes with it being a royal child. He is the youngest heir to the throne of England.

The character has been voiced by Gary Janetti, who popularized the character and his royal adventures via his Instagram page.

The other important characters have been voiced by Orlando Bloom as Prince Harry, Condola Rashad as Meghan Markle, Frances de la Tour as the Queen herself, Dan Stevens as Prince Charles and father Prince Philip.