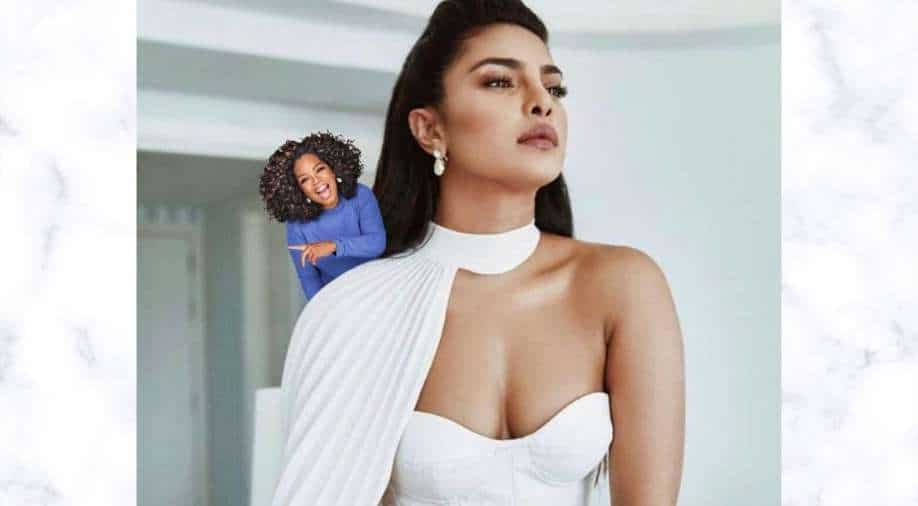 The ‘Elf on Shelf’ challenge has taken a hit among Hollywood celebrities as they too have devised their own on social media. Priyanka Chopra and many other Hollywood celebs are giving it their own twist.

With the holiday season just around the corner, it’s time to bring back ‘Elf on Shelf’ challenge that is a popular Christmas tradition where parents keep an elf doll in a room and tell their kids that the elf watches over them and reports to Santa on how mischievous or nice they have been.

The ‘Elf on Shelf’ challenge has taken a hit among Hollywood celebrities as they too have devised their own on social media in which a celebrity has another celeb/popular character placed on top of their shoulder but the catch is that it’s name should rhyme with that of yours.

Priyanka Chopra has also gotten in on the drama with her posting a picture of Oprah Winfrey on her shoulder. She captioned the post:  "Oprah on Chopra. Boom. (laughing with teary eyes emoji) #hadto #myelf @oprah."

Other celebs who were seen posting similar stuff were Reese Witherspoon, Mark Ruffalo, Jennifer Garner and others.