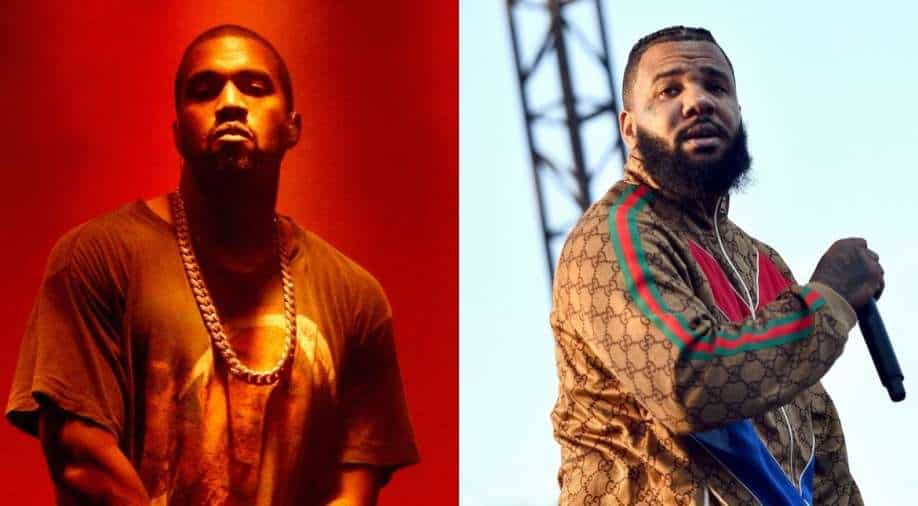 Kanye West and The Game have a new single releasing ‘Eazy’, for which the duo used a disturbing image of a skinned monkey, that didn’t go down well with PETA

Kanye West and The Game have a new single together but PETA is not happy with it as it features the image of a skinned monkey and mind you, it’s quite disturbing!

The single titled ‘Eazy’ comes with a disturbing artwork.

President of PETA, Ingrid Newkirk issued a statement slamming the duo for the images: “The photo is reminiscent of the monkeys PETA has found, sometimes heads, sometimes hands, sometimes the whole body, in meat markets around the world and it makes it clear that when you remove the fur you can’t miss that there’s a person in there, that they are fellow primates, and do not belong to us to abuse for any purpose—not in laboratories, roadside zoos, movies, or meat markets.”

Kanye West who is now formally known as Ye, shared the image of his new single with The Game on Friday. The artists shared artwork promoting the single on social media, which depicts a monkey that is hanging from its arms that has had its skin removed, the bloody skull and muscles fully visible.

Apart from this controversy, the song is also making headlines for Kanye taking a shot at his estranged wife's new boyfriend, Saturday Night Live comedian Pete Davidson. In the song, Kanye can be heard rapping, "God saved me from that crash/Just so I can beat Pete Davidson's ass (Who?)."

Kim Kardashian and Kanye West have separated and are currently seeing other people. While Kim is with Pete Davidson, Ye is with Julia Fox.

Recently, Kanye was also in the news for a criminal battery investigation in which he has been named as a suspect.