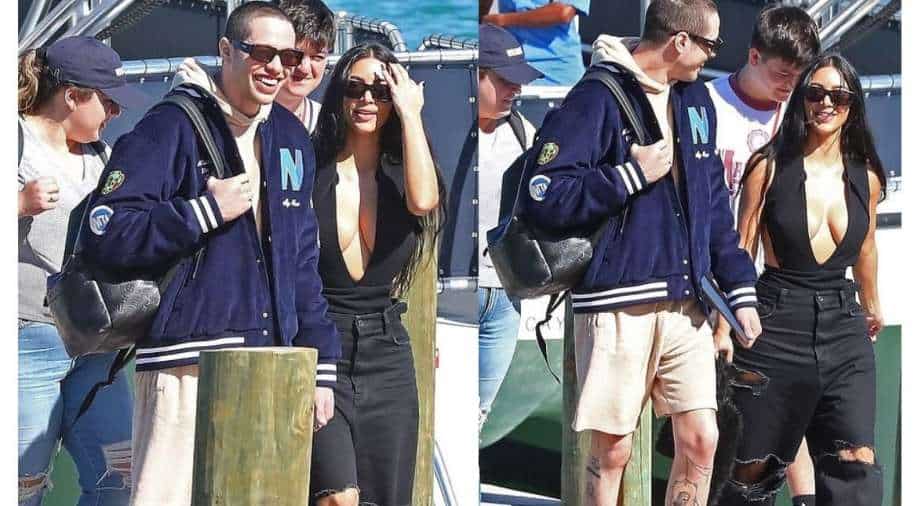 Pete Davidson and Kim Kardashian in the Bahamas. Photograph:( Twitter )

Pete Davdison looked smitten with his girlfriend Kim Kardashian as he had a huge smile plastered on his face.

It’s obviously no longer a secret that Kim Kardashian and Pete Davidson are more than just friends as the two were spotted enjoying time off in the Bahamas this week. The two looked stunning as they smiled for the paps and did not shy from the cameras at all.

Their romantic getaway caught everyone’s attention as Kim wore a strikingly revealing bodysuit with denims. She was in all-black ensemble while Pete Davison kept it uber casual in shorts and tee and a bald head. The two looked visibly happy together.

Pete looked smitten with his girlfriend as he had a huge smile plastered on his face. Instead of holding her hands, he was seen with an iPad while the rest of his belongings were carefully tucked into his backpack. 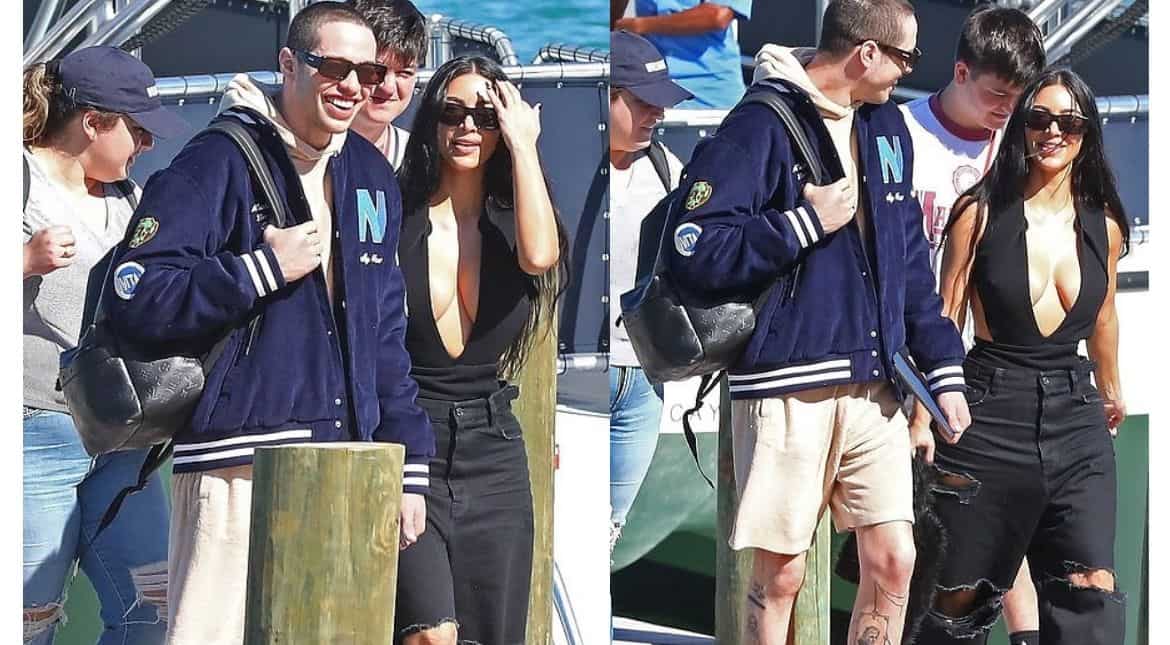 Kim and Pete had a boat to themselves as they were captured looking at the ocean.

According to several reports, Pete Davidson and Kim Kardashian’s supposed romance is getting serious.

Meanwhile, Kim’s estranged husband Kanye West continues to make statements of wanting to get back together with her, for the sake of himself and their kids. This is bizarre! Kanye West buys mansion opposite Kim Kardashian's amid divorce

Celebrity manager of Kim Kardashian, Nicki Minaj and others found murdered in California