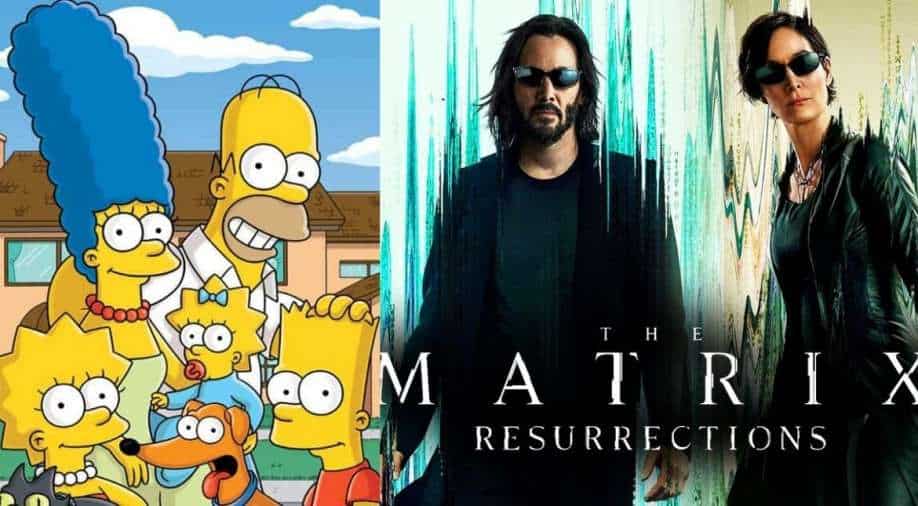 The animated sitcom is known for making several pop-culture predictions. From Trump's election to Matrix Resurrections, we wonder how the makers are able to do this!

The Matrix Resurrections is possibly one of the most awaited films of the year. Bringing back the famous duo of Neo and Trinity and with it all the nostalgia of the sci-fi world that we saw and obsessed over in the year 1999, it’s been a hell of a ride.

The animated sitcom is known for making several pop-culture predictions. Most of them come true too. Back in 1998, one of the episodes of the show showed 20th Century Fox as “a Division of Walt Disney Co.” In March 2019, Disney completed its $71.3 billion acquisition of 21st Century Fox’s film and TV assets.

Did The Simpsons forecast US Capitol riots? More predictions inside!

In another episode in 2000, one of the main characters, Lisa, takes over as the president of the US after Donald Trump apparently ruined the economy. Trump was elected as the POTUS in 2016.

Now, The Simpsons has done it again.

For the Matrix bit, a Twitter user pointed out that in the episode ‘The Ziff Who Came to Dinner’, there is a ‘A Matrix Christmas’ poster.

Everytime The Simpsons does this, we are forced to think that the maybe the creators has a time jumper and time traveller on board otherwise how else are they manifesting all this?