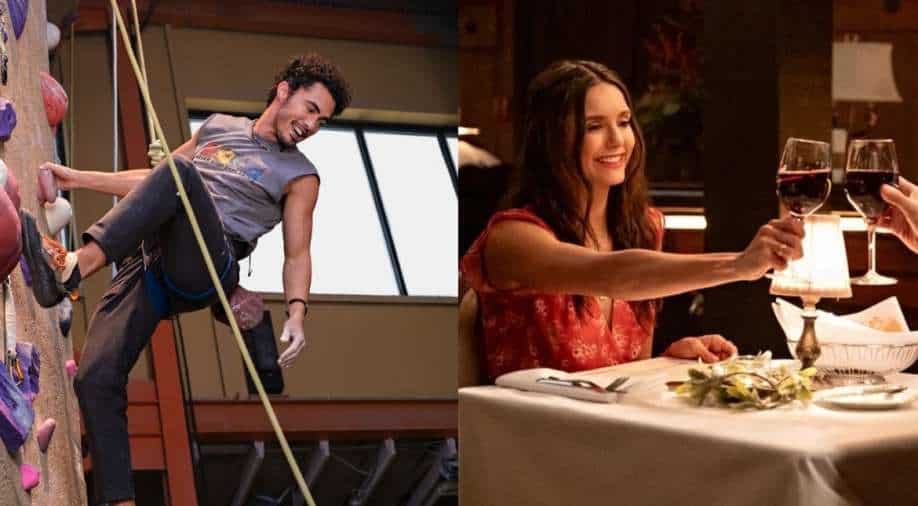 'Love Hard', starring Nina Dobrev and Darren Barnet, is slated to release on the video-sharing platform on November 5.

American television's sweetheart Nina Dobrev is crawling back into the small screen with her upcoming romantic-comedy 'Love Hard'.

The first look of the movie, which will be released exclusively on Netflix, shows Dobrev as a lovesick girl who travels halfway across the country to surprise her man: something that doesn't go as planned.

In the film, Dobrev essays the role of hopeless romantic Natalie who thinks she is in love with handsome Tag (Darren Barnet) but soon learns that she has been catfished by his friend Josh (Jimmy O. Yang).

'Love Hard' is slated to release on the video-sharing platform on November 5.

The official synopsis for the movie reads, "Hopeless romantic but eternally single LA journalist Natalie (Nina Dobrev) thinks things are beginning to look up when she swipes right on a dreamy guy from the East Coast, Tag (Darren Barnet). Taking a leap of faith she jumps on a flight to surprise her crush for the holidays, only to discover that she's been catfished by Tag's childhood friend who is equally unlucky in love, Josh (Jimmy O. Yang). This lighthearted romantic comedy chronicles her attempt to reel in love."

‘Tis the season for a first look at LOVE HARD 🎄