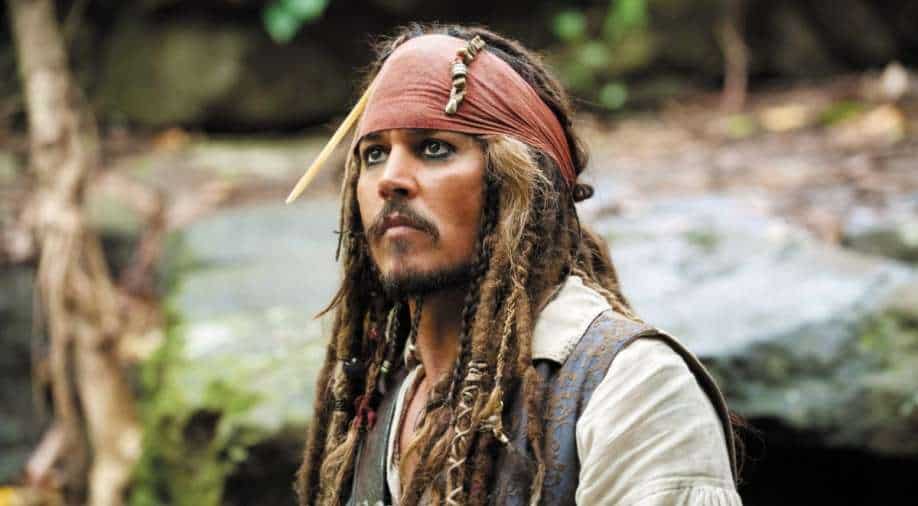 Johnny Depp's return to 'Pirates of the Caribbean' is unlikely. Photograph:( Others )

Over the last couple of days, rumours suggested that Johnny Depp will reprise the role of Jack Sparrow in the uber-popular, multi-billion earning fantasy adventure film franchise 'Pirates of the Caribbean'. But one of the actor's representatives denied the rumour while speaking to NBC News. "This is made up," they said.

Ever since Johnny Depp won the defamation case against his ex-wife Amber Heard, there have been reports, mostly unconfirmed, of him making a grand return to the movies, even franchises like 'Pirates of the Caribbean'.

Over the last couple of days, rumours suggested that he will reprise the role of Jack Sparrow in the uber-popular, multi-billion earning fantasy adventure film franchise.

But one of the actor's representatives denied the rumour while speaking to NBC News. "This is made up," they said.

Earlier, reports had said that the actor had been offered $301 million to make a comeback and that Disney, the studio behind the franchise, had also apologised to the actor.

Entertainment portal Poptopic.com quoted a Disney source who apparently said, "Disney is very interested in patching up their relationship with Johnny Depp. They reached out to the actor prior to his defamation trial against Amber Heard and asked whether he would be interested in returning for another 'Pirates' film or two."

But it was not to be. Disney fired Depp after Amber Heard, with whom Depp was married wrote an op-ed piece in the Washington Post, detailing her physical and mental abuse without naming Depp. It was that piece which led Depp to sue her for defamation. The verdict was favourable to Depp, who the jury promised $10 million in damages. Depp also stated that he will never work with Disney during the trial.

Depp first played Jack Sparrow in Gore Verbinski's 'Pirates of the Caribbean: The Curse of the Black Pearl'. He reprised the role in four more films, helping the franchise gross upwards of $4.5 billion on a budget of $1.2-$1.3 billion.