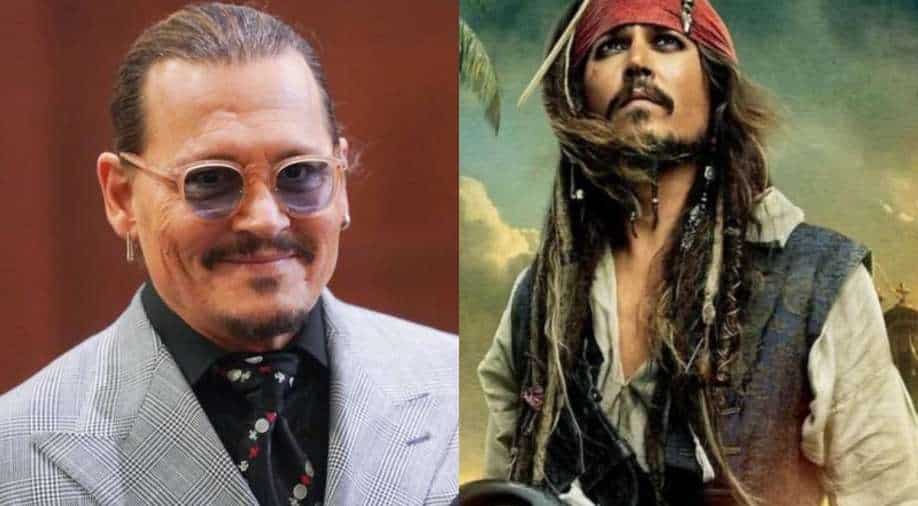 Disney has offered Johnny Depp a USD 301 million contract deal for him to return as Jack Sparrow in another Pirates film and a Disney Plus series, claims sources.

Rumours are rife that Hollywood actor Johnny Depp, who was recently in the news for his defamation trial against his ex-wife and actress Amber Heard, has been offered a whopping USD 301 million deal by Disney to return to the 'Pirates Of The Caribbean' franchise as his iconic character, Captain Jack Sparrow. Several publications have also reported that according to sources Disney has also offered an apology letter to the star. However, neither the actor nor Disney has confirmed the news yet.

An entertainment news portal called Poptopic.com reported the news. The Australian pop-culture gossip site spoke to a few industry insiders and claimed that "Disney has offered Depp a USD 301 million contract deal for him to return as Jack Sparrow in another Pirates film and a Disney Plus series!"

Poptopic.com reported that as per a trusted source close to the company, "Disney is very interested in patching up their relationship with Johnny Depp. They reached out to the actor prior to his defamation trial against Amber Heard and asked whether he would be interested in returning for another Pirates film or two."

"I know corporate sent him a gift basket with a very heartfelt letter, but I`m unsure how it was received. But what I can tell you is that the studio has already penned up a draft for a film about Jack Sparrow -- so they are very hopeful that Johnny will forgive them and return as his iconic character," alleged the insider.

Also read: 'Aquaman' actor Jason Momoa fights for world's oceans both on and off screen

Disney is even willing to go beyond this deal to get Depp back into Jack Sparrow`s shoes, according to the sources.

Disney insider further added, "Disney is prepping a deal for USD$301 million deal that will include a sizable donation to a charity of Depp's choice. The deal is reportedly for Johnny Depp to return as Jack Sparrow in Pirates of the Caribbean 6 and a spin-off Disney Plus series about the early life of the Captain of The Black Pearl."

Interestingly, this reported amount of USD 301 million is just a million over the one quoted by Amber Heard`s lawyer, Elaine Charlson Bredehoft during the defamation trial.

She had said, "Is Disney aware that Mr Depp has testified under oath that he would not take another 'Pirates of the Caribbean' franchise role for USD 300 million and a million alpacas?"

As of now, Disney is yet to drop some hints about Depp's return to the franchise. Hence, there's a possibility that this might just be a rumour and nothing else.

'Pirates of the Caribbean' was not the only franchise from which the 59-year-old actor was dropped. Warner Bros also removed him from the 'Fantastic Beasts' franchise following the Washington Post op-ed published by the 'Aquaman' actress.

In lieu of the public defamation trial, the jury reached a verdict on June 1, deciding that Depp, proved that Heard defamed him in the 2018 op-ed. Depp has maintained that he never assaulted Heard and claimed she physically harmed him.

The jury awarded Depp USD 15 million in damages but Heard will only have to pay USD 8.4 million due to a Virginia law limiting punitive damages. In her countersuit, Heard won one of the three defamation counts and was awarded USD 2 million in damages, as per People magazine.