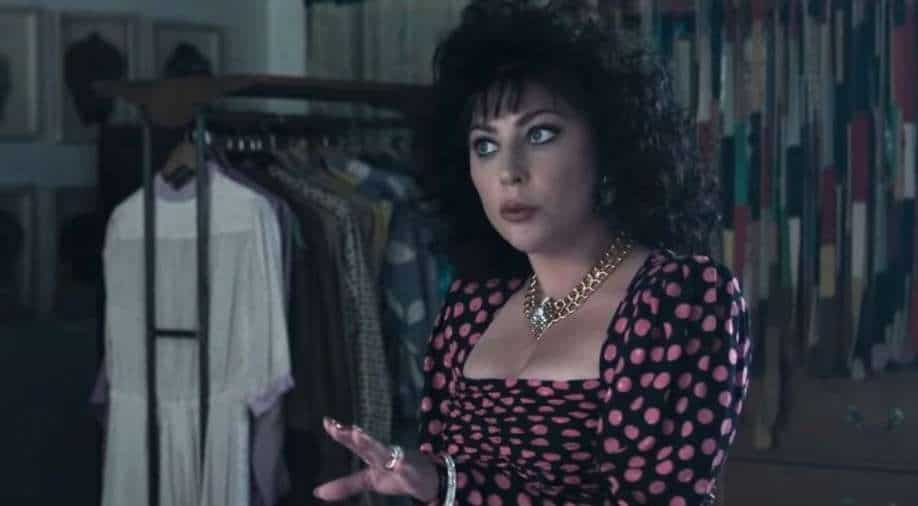 The teaser gives you just what you want -- a look into how the Gucci head honcho met his wife Patrizia. Mind you, it was love at first sight for the two of them.

Makers of ‘House of Gucci’ released a new teaser for the much-awaited film and we must say it looks worth the wait as Lady Gaga and Adam Driver take on the roles of Patrizia Reggiani and Maurizio Gucci.

The teaser gives you just what you want -- a look into how the Gucci head honcho met his wife Patrizia. Mind you, it was love at first sight for the two of them.

The 30-sec spot features Adam Driver’s Gucci and Lady Gaga’s Patrizia in couture ensembles as they meet for the very first time. They shake hands and have a customary kiss that seals the deal for their romance.

In the teaser, Lady Gaga says, “Gucci is like a cake. You have a taste, then you want more, and then you want the whole thing for yourself.”

The teaser then shows rapid shots of a gun, the Gucci family living it up at a ski resort, fancy Italian cars and blazing-hot designer fashion.

Directed by Ridley Scott, House of Gucci stars an ensemble cast including an unrecognisable Jared Leto, Jeremy Irons, Al Pacino and Salma Hayek. The film primarily takes place in 1995, chronicling the events and the aftermath of Patrizia’s plot to kill her husband when he stepped out of his office. She was later sentenced to 29 years in prison during her 1998 trial and was ultimately released in October 2016.

‘House of Gucci’ will release on November 24 and is based on Sara Gay Forden’s novel ‘The House of Gucci: A Sensational Story of Murder, Madness, Glamour, and Greed.’