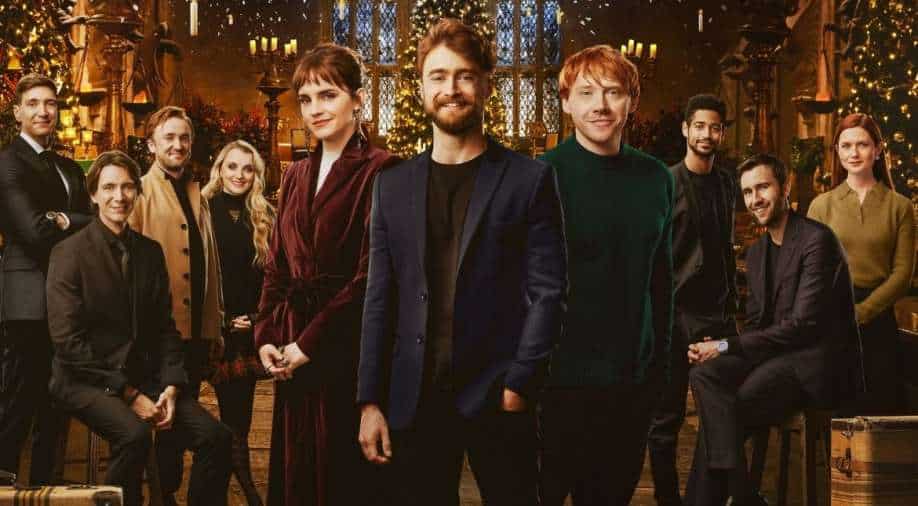 When Emma Watson was recently interviewed by a British magazine, she said that she will “definitely” return for a second reunion in another 20 years.

Emma Watson will always be indebted for Harry Potter franchise to happen in her life as she revealed that she will also make it a point to return for a reunion (if that ever happens), 20 years from now.

HBO Max’s Harry Potter reunion has been dominating headlines since the time it was announced. It featured originals stars Emma Watson, Daniel Radcliffe and Rupert Grint as they reunited on screen. It brought the trio back at some of the film’s most iconic sets to interview each other.

When Emma Watson was recently interviewed by British Vogue, she said that she will “definitely” return for a second reunion in another 20 years. A nostalgic trip! Best moments from the Harry Potter reunion special

Speaking about their equation, Emma said, “They both hate WhatsApp and their phones in general. Actually, as a three, we really try and stay off electronics so that doesn’t help for a massive amount of back and forth. We aren’t on a group chat but we speak individually. Rupert sends me pictures of [his daughter] Wednesday and I die. Dan and I generally try and calm each other’s nerves. We both mainly try and stay out of the limelight so it’s been nice to have each other’s support, knowing there was going to be another wave of attention coming.”

Also read: 'Red Notice' to get not one but two sequels with cast Dwayne Johnson, Gal Gadot, Ryan Reynolds

As Emma and team sat down with each other for HBO Max’s reunion special, she revealed that the emotional high point of the reunion was sitting down with Rupert Grint and acknowledging that they will always remain a family even if months or years go by without them reconnecting. “That was the most emotional moment for me. When Rupert says things, he really means them. I was taken aback by how vulnerable and kind he was deciding to be so publicly. Similarly for Dan, it really touched me how reflective he had been over the years about how different it had been for me as a girl,” Emma said.