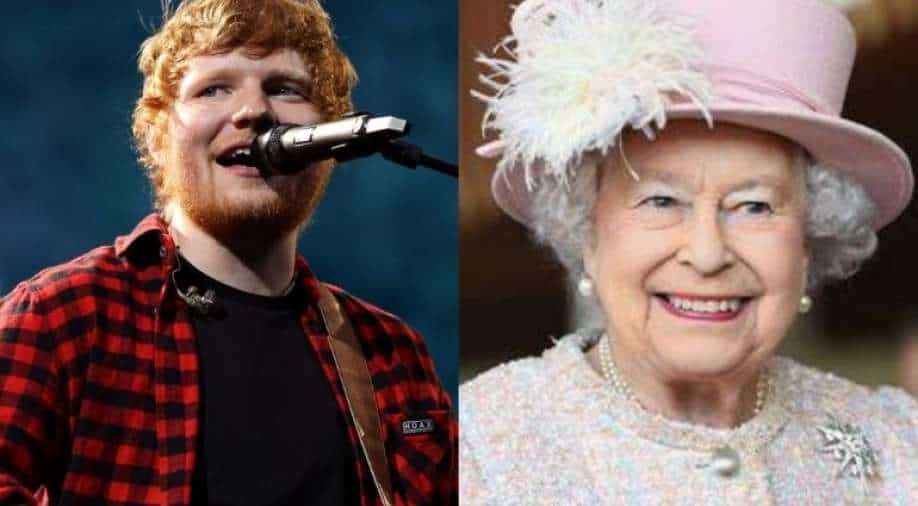 Ed Sheeran has been booked to deliver the climax of the so-called 'People's Pageant' outside the 96-year-old monarch's Buckingham Palace home on Sunday, June 5.

The multi-award-winning singer-songwriter has been booked to deliver the climax of the so-called 'People's Pageant' outside the 96-year-old monarch's Buckingham Palace home on Sunday, June 5.

Sheeran, who performed at the queen's Diamond Jubilee celebrations for her 60th year on the throne in 2012, said he was "proud" to be part of the festivities in her Platinum year. "It's going to be a great opportunity to bring everyone together," he added.

From Ed Sheeran to Taylor Swift: Musicians and their famous copyright infringement cases.

His musical tribute at the Queen Victoria Memorial outside the palace will top off a set-piece parade along a 1.9-mile (three-kilometre) route through central London.

More than 10,000 people will be involved, including over 6,000 performers and volunteers, in a televised event that organisers hope will be watched by up to a billion people worldwide.

Highlights of the four-part pageant include an aerial artiste performing under a giant helium balloon emblazoned with an image of the queen, and a huge moving wedding cake belting out Bollywood hits.

A six-metre-high puppet of the queen as a young princess will be accompanied by a pack of puppet corgis, while some 1,750 military personnel from across the Commonwealth and 200 horses will also ply the route.

From 'The Gray Man' first look to 'The Batman' 2: Everything major released at Cinema Con 2022

There will be fleets of iconic cars from James Bond films dating back to the 1960s, and cultural icons from her reign, including Shirley Bassey and Cliff Richard.

And her 1953 coronation will be reimagined as a Caribbean-style carnival.

Pageant master Adrian Evans promised a "joyful event". "It's an event that we haven't seen in our history before: 70 years of the queen on the throne," he told AFP. "Everyone is so thrilled to take part."

Evans said his aim was to bring together the communities that have made up modern Britain during the queen's reign, to tell the story of her life -- and how the country has changed.

Her Diamond Jubilee in 2012 saw a 1,000-boat river pageant along the Thames in central London.

But it has been an inauspicious start to her Platinum Jubilee year -- which began on February 6. She has been dogged by old age and ill-health in the last year, complaining of problems standing and walking that has forced her to cancel a string of public engagements, as well as about of Covid.

The celebrations have also been overshadowed by a scandal involving her second son, Prince Andrew, who settled a US civil claim for sexual assault.

And royal visits to mark the jubilee in Commonwealth countries in the Caribbean have also not gone to plan.

Grandson Prince William and her youngest son Prince Edward have both faced republican protests and calls for the royal family to apologise for its historic role in slavery.

The queen, who turned 96 last week, is the world's oldest and longest-serving head of state. As well to the United Kingdom, she is queen in 14 Commonwealth countries, including Australia and Canada.

An Ipsos poll of more than 2,000 adults in Britain in March indicated she still had overwhelming support in the country, with a 69-per cent approval rating.

"I think it will be a glorious tribute to the queen," he added.