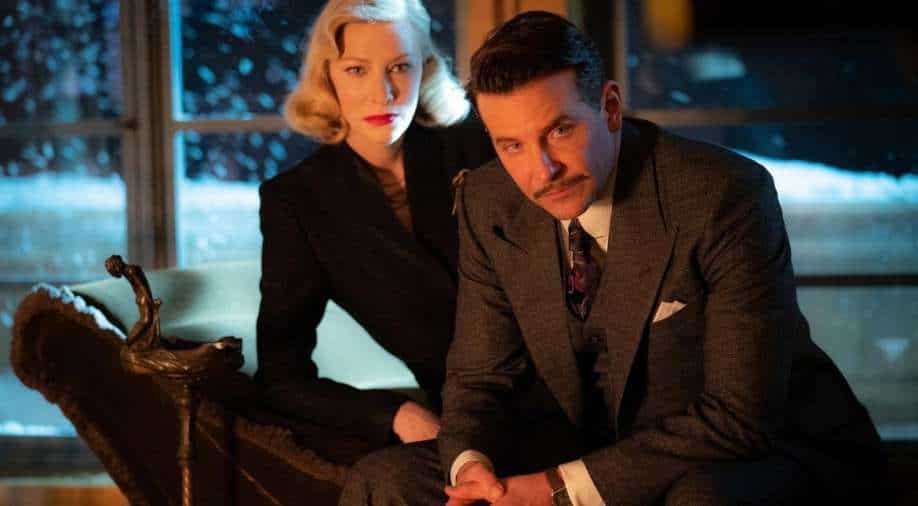 Guillermo del Toro's new film "Nightmare Alley," set in a macabre 1940s carnival world of "geek shows" and grifters, is a modern parable about illusion, lies and greed, its director and cast said.

Guillermo del Toro's new film "Nightmare Alley," set in a macabre 1940s carnival world of "geek shows" and grifters, is a modern parable about illusion, lies and greed, its director and cast said.

The pitch-black noir movie, out Friday, is del Toro's first since his Oscar-winning "The Shape of Water," and stars Bradley Cooper as a traveling "mind reader," who develops a lucrative side hustle in defrauding rich clients with sham seances.

Del Toro's crew constructed a full-scale World War II-era carnival set, capturing in eerie detail infamous sideshow practices like "geek shows," in which vagrants were trapped into performing gruesome acts by carnival bosses who preyed on their addictions to alcohol and opium.

"It was a beautiful world to enter, even though it's a little dark," he told a press conference.

The story, based on William Lindsay Gresham's novel and previously adapted into a 1947 film, finds Cooper's mysterious Stan Carlisle joining a carnival troupe and quickly learning the art of mentalism.

After tiring of tricking ordinary customers through coded messages to his assistant Molly (Rooney Mara), Stan teams up with Cate Blanchett's femme fatale psychiatrist Lilith to ensnare millionaire clients with promises he can contact their departed loved ones.

"There is an emptiness in him and a need for more -- more and more -- that I find pertinent" today, said del Toro, who cast Cooper in part "because he looks like a movie star from the '30s and the '40s."

Del Toro's "Shape of Water," which won best picture and best director at the 2018 Oscars, depicts a metaphor for modern racism through an inter-species romance in a Cold War military laboratory.

Similarly, the Mexican horror master wanted to "imbue" his latest movie "with the anxiety of this time."

"We wanted not to make a movie about the period. We wanted to make it about now," del Toro said.

"That essential moment we're in -- in which we have to distinguish narrative truth and narrative lie with reality -- is so important."

The film, seen as the final Oscar-contending heavyweight of the year to screen to critics earlier this month, has drawn praise for Cooper and Blanchett's performances, as well as its extravagant set design.

"And when we were halfway through and Covid hit, we literally came back and saw half of the tents had just blown away."

Dafoe, who recalled visiting carnivals as a child and being drawn to their "darkly romantic" world, said his performance was inspired by "the production design, beautifully, of this very complete, almost truly functional" carnival.

Dafoe was drawn to the project by del Toro, whose work frequently spotlights "creatures and misfits and monsters and people that are outside of our society."

"He humanizes those people and pushes our understanding and compassion in all ways, in all of his movies."