Beyonce and Madonna unite for 'Break My Soul' remix 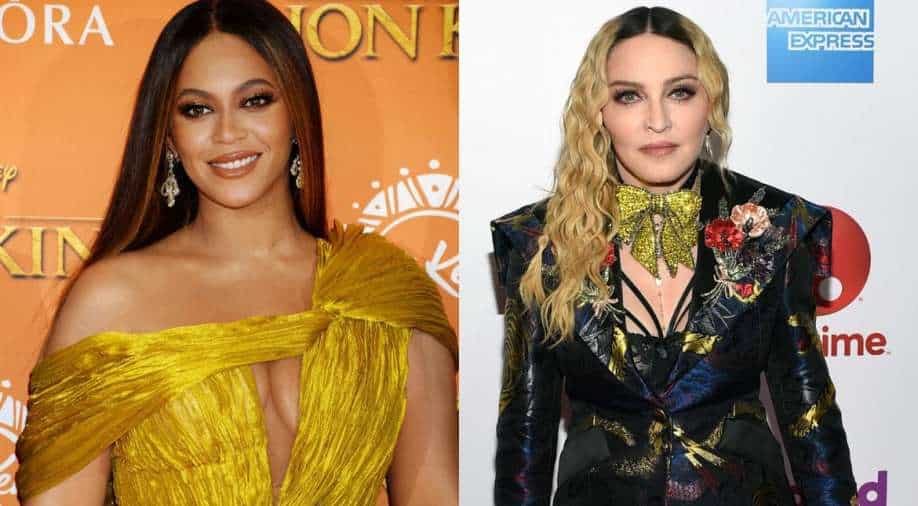 'Break My Soul' (The Queens Remix) is currently only available on Beyonce's online store for USD 1.29. The song will land in fans' emails upon purchase.

This weekend, Beyonce rekindled nostalgia for her fans by releasing a brand new remix of 'Break My Soul,' which features an interpolation of Madonna's 1990 hit single 'Vogue.' However, it appears that Madonna did not record anything new for the remix beyond (possibly) a few spoken words, but rather had snippets of previously released, decades-old songs, particularly 'Vogue', Variety reported.

'Break My Soul' (The Queens Remix) is currently only available on Beyonce's online store for USD 1.29. The song will land in fans' emails upon purchase.

There is no current indication of whether the remix will hit streaming services. This marks the first official collaboration between the two queens of pop. Beyoncé referred to iconic black women in music, from Aaliyah to Nina Simone to her sister, Solange Knowles, emulating Madonna's classic 'Vogue' spoken-word section.

Meanwhile, Madonna is all set to team up with rising rapper and internet phenomenon Saucy Santana for the remix of his 2020 viral hit 'Material Girl', now retitled 'Material Gworrllllllll!'. According to Variety, Madonna first teased the collaboration on her Instagram account on August 4, sharing a snippet of the feisty chorus. The release comes after the unlikely duo joined forces at New York City Pride in June.

Madonna, who still very much has her finger on the pulse of pop culture, invited Santana to share the Terminal 5 stage for a mash-up of 'Material Girl' with her similarly-titled 1984 hit. It was an experience that left a lasting impression on the rapper. "I wish that I can have this moment for LIFE," he wrote on Instagram, before profusely thanking the pop icon.

It's another step forward for Santana, who began her career as a makeup artist for 'City Girls' before branching out into rap with a string of viral hits. His version of 'Material Girl' has already amassed more than 40 million streams on Spotify, reported Variety.