Addison Rae repeatedly apologises to 'He's All That' co-star Tanner Buchanan, here's why 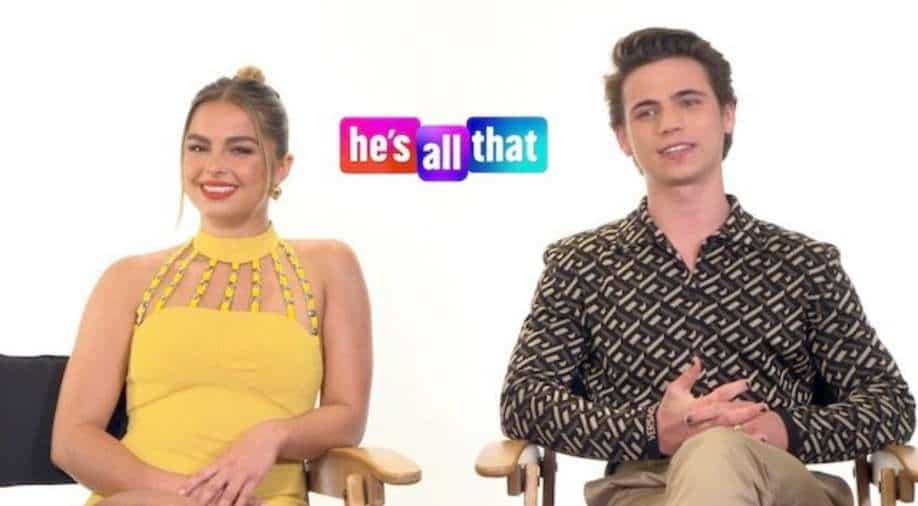 The star cast of 'He's All That' Photograph:( Instagram )

Co-stars of gender-flipped remake of 1999 romcom 'She's All That'--titled 'He's All That'--Addison Rae and Tanner Buchanan sat down for an interview where they asked to describe the toughest scene(s) from their Netflix-released romantic comedy.

The duo pointed to the scene where Buchanan got drenched while wearing a suit. "I kept messing up, and I felt so awful," Rae recalled. "I was like, 'I'm so sorry'."

"It was really cold that night, and we shot from 12 to 6 a.m. It was 40 to 45 degrees Fahrenheit out... and I had to get in the shower every 30 minutes and then walk outside and continue to do the scene," added Buchanan.

Also read: ‘As Far As I Can Walk’ wins Best Film at Karlovy Vary Film Festival 2021