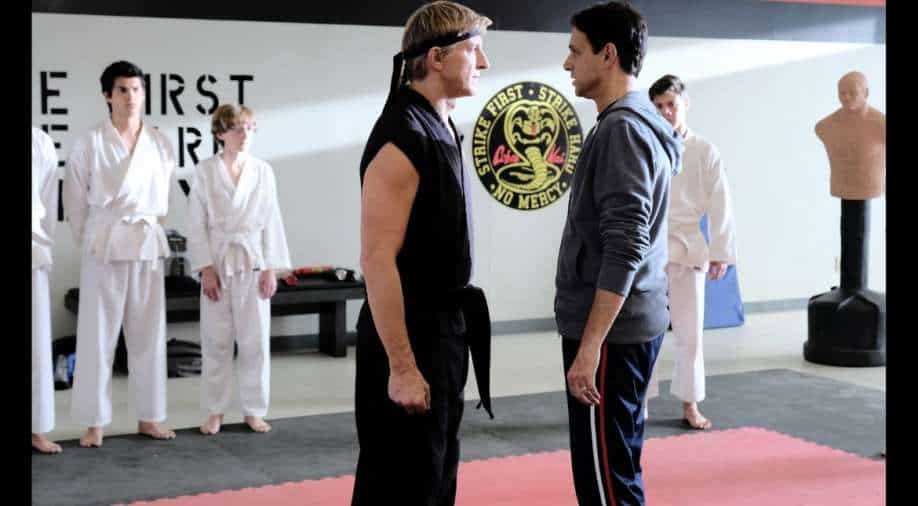 The show, which started out as a YouTube original before moving to Netflix for Season 3, further continues the story of the `Karate Kid` film franchise.

Netflix has renewed `Cobra Kai` for season 5 ahead of its fourth season premiere in December. Production on the new season of the critically acclaimed series is set to begin in Atlanta this fall.

The show, which started out as a YouTube original before moving to Netflix for Season 3, further continues the story of the `Karate Kid` film franchise.

Following the competitive world of martial arts in Southern California, the show stars Ralph Macchio as the titular character Daniel LaRusso and William Zabka as his nemesis Johnny Lawrence. The Netflix project revisits both characters in the present day as they launch dojos of their own and mentor the next generation of karate kids.

In Season 3 of the series, Johnny Lawrence (William Zabka) is reeling after his star student, Miguel (Xolo Mariduena), who was severely injured in a brawl between the Cobra Kai students and the Miyagi-do students.

Did you know Zendaya only spent 4 days filming 'Dune'?

He and Daniel LaRusso (Ralph Macchio) ultimately decide to team up to stop the violence and takedown John Kreese (Martin Kove), who has taken control of Cobra Kai from Johnny.

The series was created by Josh Heald, Jon Hurwitz and Hayden Schlossberg, who also executive produce via their company, Counterbalance Entertainment.

As per Variety, Will Smith, James Lassiter, and Caleeb Pinkett executive produce for Westbrook Entertainment along with Susan Ekins. Macchio and Zabka, who also serve as executive producers.