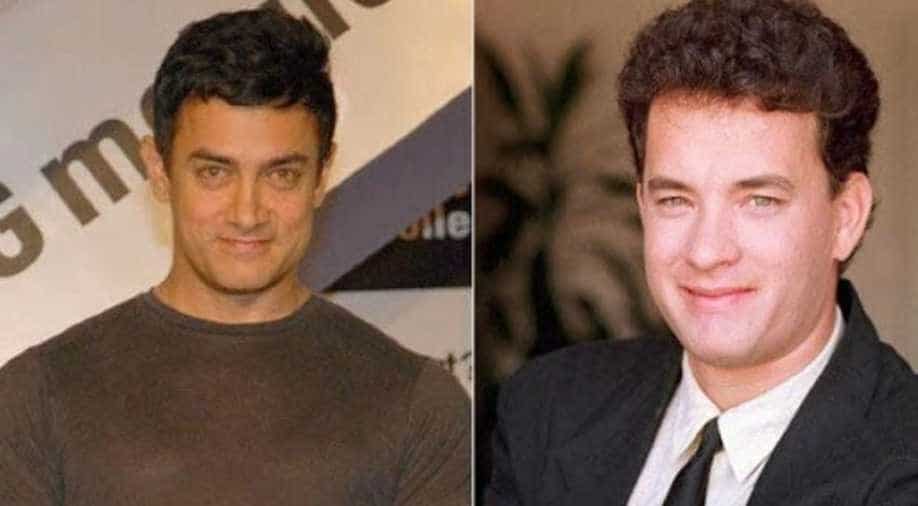 It was Tom Hanks' birthday yesterday as we looked back at our favourites movies of him (check it out here) but there’s an Indian connection that we can’t stop flaunting.

Robert Downey Jr. aka the Iron Man once mentioned Aamir Khan’s acting chops, comparing him to Tom Hanks. We don’t know how to react to that!

Incidentally, Aamir Khan is working on his next project that is Indian remake of Tom Hanks starrer ‘Forrest Gump’. Aamir will play the role of Laal Singh Chaddha.

As for that comment, Robert Downey had called Aamir Khan the “Tom Hanks of India.”

Speaking to Bombay Times in 2010, Robert Downey Jr., said, “I happened to see Lagaan and believe Aamir Khan was extraordinary. India is a land waiting to happen for me and I would love to visit it as soon as I get a chance. All that comes to mind when I hear of this country is diversity, vibrancy and Bollywood boogie.”

Robert Downey ended his run as Iron Man in the MCU with the last film ‘Avengers: Endgame’. There are rumours, however, that he will reprise the role in the future.

Now that Kangana Ranaut gets a 'Manikarnika' doll, check out other celebs and their doll avatars