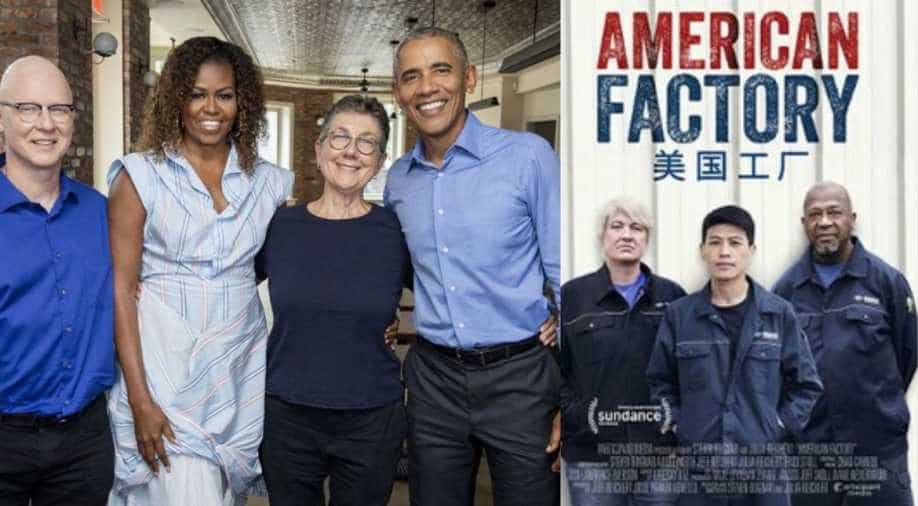 This was Barack and Michelle Obama’s production company Higher Ground’s first film but it has already earned itself an Oscar nomination. The Academy revealed its nominations list for this year as their film ‘American Factory’ made its place in Best Documentary category.

‘American Factory’ is a thought-provoking documentary about a culture clash at a manufacturing plant in Ohio.

Announcing the same, Barack posted on Instagram and wrote, "Oscar nominations came out today and I'm glad to see 'American Factory's' nod for Best Documentary. I like this film for its nuanced, honest portrayal of the way a changing global economy plays out in real lives. It offers a window into people as they actually are and it's the kind of story we don't see often enough. This is exactly what Michelle and I hope to achieve through Higher Ground."

Michell too posted on the news and wrote,  "What Julia and Steve capture on film is at times painful, at times exhilarating, but always thoughtful and always real -- exactly the kind of story Barack and I wanted to lift up with Higher Ground Productions."

I couldn’t be happier that Julia Reichert, Steven Bognar, and all of the incredible people behind #AmericanFactory have been nominated for the Best Documentary Oscar. What Julia and Steve capture on film is at times painful, at times exhilarating, but always thoughtful and always real—exactly the kind of story Barack and I wanted to lift up with Higher Ground Productions. I hope you’ll see for yourself by checking it out on @Netflix.

‘American Factory’ has been directed by Julia Reichert and Steven Bognar. The directors said, "The fate of working people around the globe is under great pressure and duress, and we hope 'American Factory' can give voice to their journey.”

The documentary was released on Netflix as part of a distribution deal with the OTT platform.