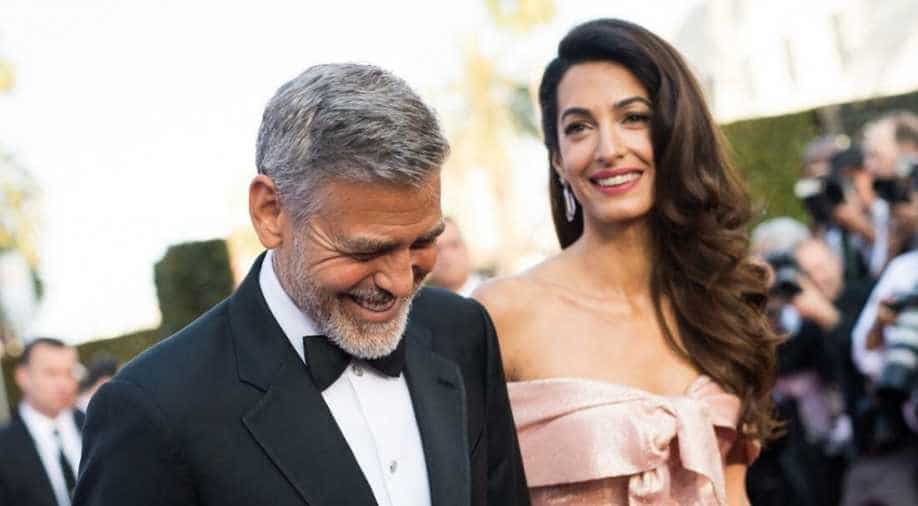 George Clooney shared why he and his wife human rights attorney Amal Clooney, who he married in 2014, decided to build a life together.

George Clooney is a happily married family man and he's grateful to his wife Amal for changing everything for him.

In an interview with CBS Sunday Morning, the actor shared why he and his wife human rights attorney Amal Clooney, who he married in 2014, decided to build a life together.

George said "There is no question that having Amal in my life changed everything for me. No question. It was the first time that everything that she did and everything about her was infinitely more important than anything about me."

He also revealed that he didn't plan to ask Amal to marry him, but that during his "out of the blue" proposal he ended up on his knee for "20 minutes" waiting for her to say yes.

The couple is now parents to three-year-old twins Alexander and Ella. However, George said that becoming a parent wasn't initially a part of the plan either.

"We never talked about having kids, and then one day we just said, 'What do you think?'" he recalled. "We go to the doctor and you do the ultrasound. They're like, 'You got a baby boy!' and I was like, 'Baby boy, fantastic!' And they go, 'And you got another one there.'"

These days, George is spending a lot of time at the family's home in Los Angeles, due in part to the coronavirus pandemic. Talking about life in quarantine, George quipped, "It's been a while since I've done 15 loads of laundry in a day and mop floors, all these doors over here I stained. I felt like my mother in 1964, because she had two kids and no help."

The actor is currently busy promoting his new Netflix film 'Midnight Sky', which he wrote and directed.