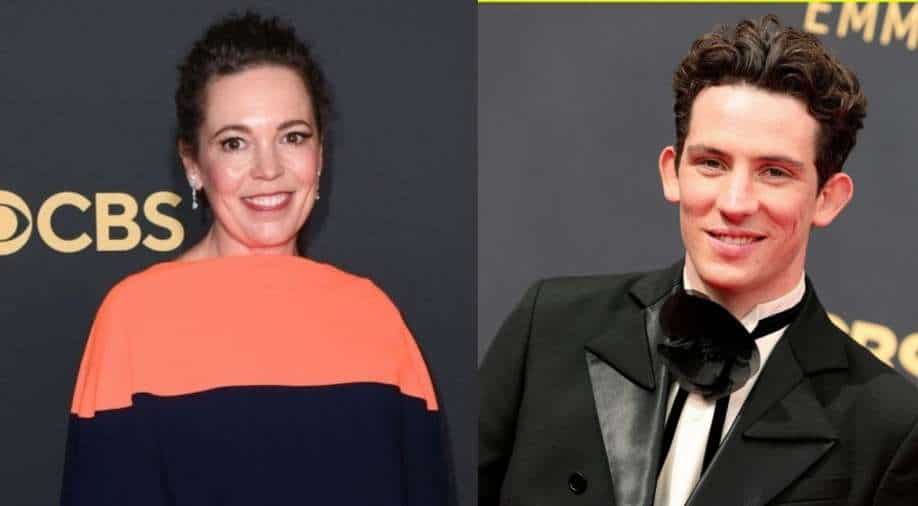 Despite a Black host and presenters, Emmys 2021 winners list was dominated by white talents which did not go unnoticed on social media.

The 2021 Emmys is the latest awards show to have been called for its lack of diversity as it announced its winners in a glittering ceremony on Sunday night.

To be fair, critics had already predicted this year's Emmy awards- considered the highest TV honour in America- would lack representation as shows like 'Ted Lasso', 'The Crown' and 'The Handmaid's Tale' led the nomination list. All these show have predominantly all-white cast and creative teams. The prophecy did come true on Sunday night as first 15 winners of the night were white. Emmy Awards 2021: Full list of winners

Even the unexpected winners of the night like 'Mare of Easttown' and 'Hacks' had white winners.

The show though featured several presenters of colour- including Kerry Washington, Bowen , Bowen Yang, Taraji P. Henson, Ken Jeong, and the Native American cast of Reservation Dogs- but the winners list was mostly white, which did not go unnoticed on social media as #emmyssowhite started trending. The show was even hosted by Cedric the Entertainer.

lovecraft country won nothing tonight and 98% of the winners were white despite the amount of black talent around #EmmysSoWhite pic.twitter.com/H0SAnQNDxh

I don’t care how good #MareOfEastown is, all those incredible people of color in the 1st two Emmy categories were straight up ROBBED. #EmmysSoWhite

#EmmysSoWhite So tonight we have seen Black culture being used for your enjoyment, but you don't want to award our excellence and you want to make light of our issues by saying Flea Lives Matter. #ThisIsAmerica

The only expectations came when RuPaul’s 'Drag Race' took Best Competition Series and 'I May Destroy You' writer Michaela Coel was recognized for Outstanding Writing for a Limited or Anthology Series. 'Hamilton' took home the award for Outstanding Variety Special. The representation was few and far in between and most of the evening had people of colour presenting awards to white talents. Also see: Billy Porter to Anya Taylor-Joy: Glamour returns to Emmys red carpet

Television Academy head Frank Scherma presented the Governors Award to dancer, choreographer, actress, writer and director Debbie Allen — the first Black woman to receive that honor and ironically spoke about diversity which many felt was tone-deaf on a night when the white dominated the awards.