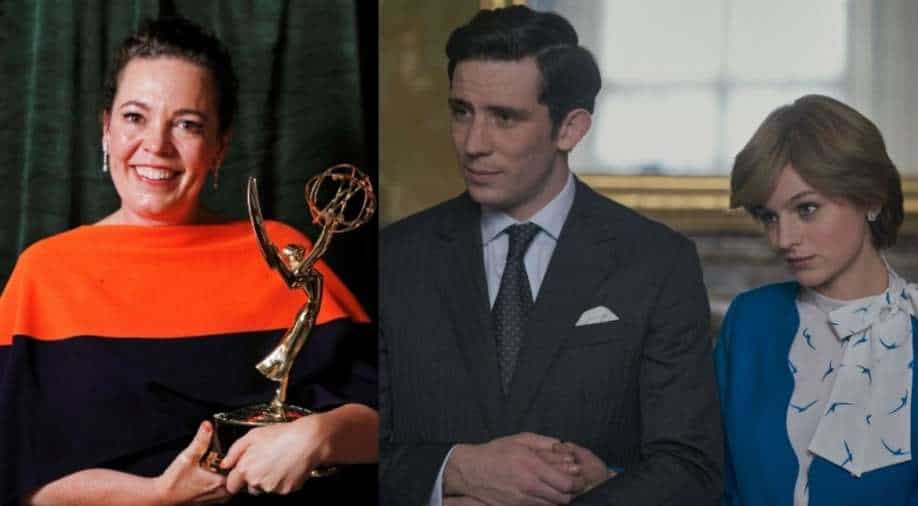 Netflix's 'The Crown' was the biggest winner at Emmys 2021 Photograph:( Twitter )

It took a pandemic but it did happen for Netflix as the streamer picked up maximum awards at the 73rd Emmy Awards that took place in Los Angeles with an in-person attendance of celebrities.

It took a pandemic but it did happen. Netflix took most wins at the 73rd Emmy Awards with its major trophy puller ‘The Crown’ that won acting awards, best drama series and writing awards too. ‘The Queen’s Gambit’ winning best limited series also added to the winners list for Netflix as it walked with the most wins by any network for the year.

Netflix not only took home the maximum number if Emmys for the year but also won double the total number of awards of its staunch competitor, HBO and HBO Max. HBO took 19 awards in total including those of Primetime Emmys and Creative Arts Emmys. Netflix has a total of 44 from both Emmys.

Among the coveted acting honours, Gillian Anderson, Olivia Colman, and Josh O’Connor won for their roles  in ‘The Crown’; Ewan McGregor for best actor in a limited series for his starring role in ‘Halston.’

Masterful! A huge congrats to The Queen's Gambit (@netflix) on its win for Outstanding Limited Or Anthology Series! #Emmys #Emmys2021 pic.twitter.com/TdvgK6K5Zm

Check out the full list of Emmys 2021 winners here.

Disney Plus picked up only one win at the Primetime Emmys, with ‘Hamilton’ winning for best pre-recorded variety special. Amazon and Hulu did not fare as well this year at Emmys.