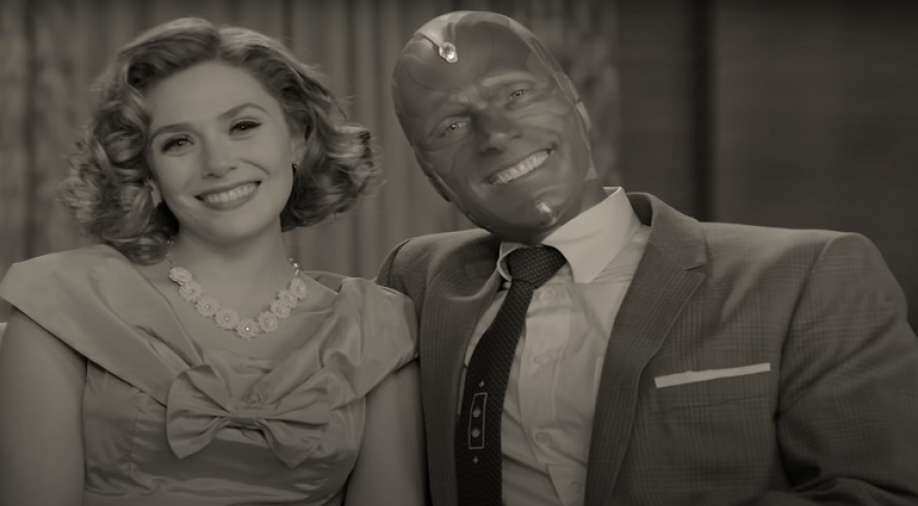 The 32-year-old who currently stars as Marvel superhero Wanda in Disney+ 'WandaVision' addressed her own nepotism in an interview.

Elizabeth Olsen comes from a renowned showbiz family with her sisters Mary Kate and Ashley Olsen being famous celebrities since a young age. Though the actress herself wanted to find time to make her own way.

The 32-year-old who currently stars as Marvel superhero Wanda in Disney+ 'WandaVision' addressed her own nepotism in an interview with Grazia Magazine.

Olsen revealed that she was always aware of nepotism in Hollywood, but she wanted to succeed on her own. "Nepotism is a thing and I’m very aware of it. And of course, I’ve always wanted to do it alone," she said.

Olsen studied at New York University’s Tisch School of the Art and made her acting debut in Martha Marcy May Marlene in 2011. Now she returns as Wanda Maximoff, a.k.a. Scarlet Witch, in Marvel's WandaVision.

"I thought it was perfect for television, and a very original idea that made me excited," Olsen said about Marvel Cinematic Universe's first TV series adapted completely with two Avengers.

She made her Marvel Cinematic Universe debut with a brief cameo in 2014's Captain America: The Winter Soldier, before starring in 2015's Avengers: Age of Ultron. In subsequent films, she developed a relationship with Paul Bettany's Vision, leading to the duo reuniting in WandaVision.

The show explores several tropes throughout television history, with Olsen explaining this show is right in her wheelhouse.

"I was a very hammy, performative child. So, I do think I got to live out some sort of childhood dream doing the show," she added. WandaVision started filming before the COVID-19 pandemic with the second half filmed during the pandemic, with a six-month break in between.