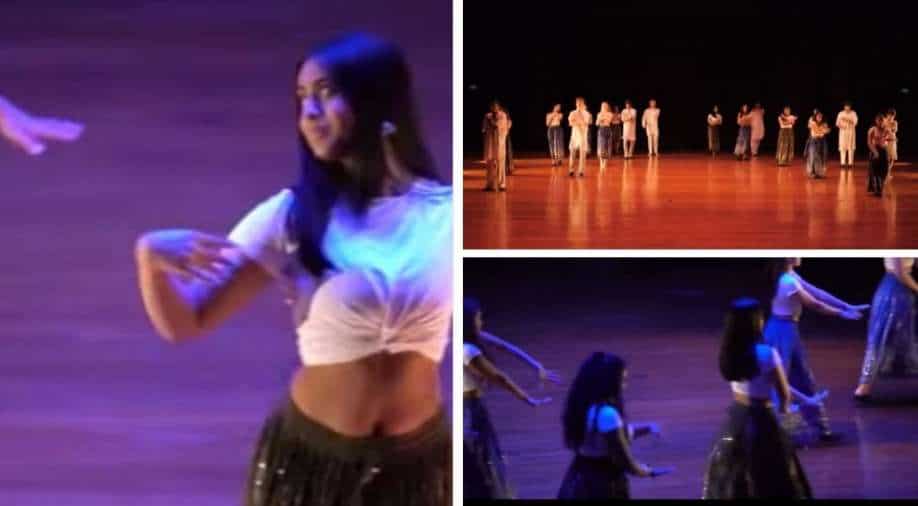 Ajay Devgn and Kajol's daughter studies in an school in Singapore

Ajay Devgn and Kajol's daughter Nysa Devgan is currently in Singapore. She studies in a school in the country and while we do realise that she looks a lot like her mother Kajol, we got a glimpse of how she’d look if she performs on Kajol’s hit film songs.

Nysa Devgn recently performed at mom Kajol’s hit song ‘Bole Chudiyan’ from the film ‘Kabhi Khushi Kabhie Gham’. Although the teenager’s Instagram profile is locked, she has a few public fan pages that post updates of her whereabouts.

One such video has become quite famous as Nysa is seen dancing to Kajol’s song with her school colleagues.
The group is also seen performing on Shah Rukh Khan and Kajol’s ‘My Name is Khan’ songs 'Sajda' and 'Tere Naina'. Finally, she shows her solo dance on 'Nagada' song from Jab We Met and is then joined by others.

Check out the video below: