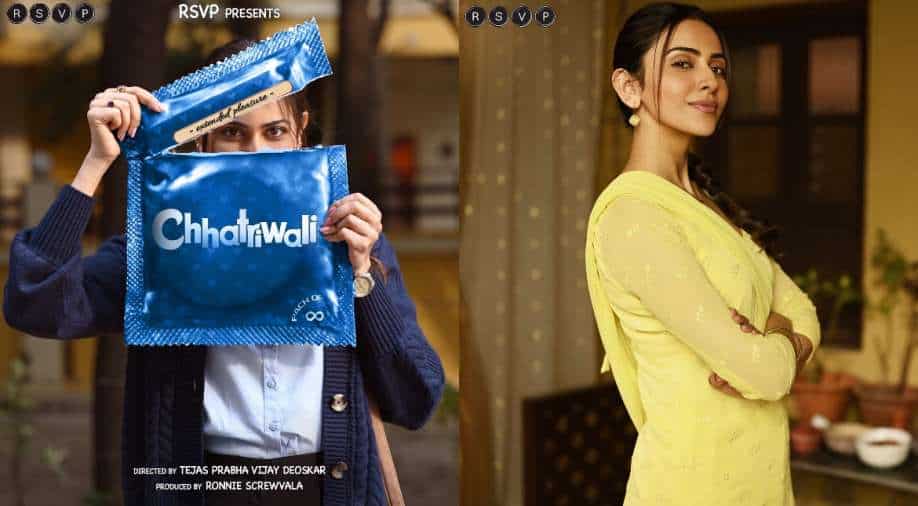 Ever since Ronnie Screwvala’s RSVP announced their project featuring Rakul Preet Singh essaying the role of a condom tester, it has piqued huge curiosity among the audiences.

Titled ‘Chhatriwali’, the social family entertainer starring Rakul in a never-seen-before, unique character, has recently gone on floors in Lucknow.

Also read: Will Smith on childhood woes: I started performing to keep peace in my house

Desperate for a job, a female unemployed chemistry graduate in small town Karnal becomes a condom tester, a secret she must hide from everyone around her. ‘Chhatriwali’ is a quirky drama and another fresh high - concept film by the production house that is known to bring path-breaking subjects to the audiences.

Director Tejas Deoskar shares, “Our film is a social family entertainer, which aims at de-stigmatising  the use of condoms and we are truly excited that the film has gone on floors. Rakul brings freshness to every role that she portrays and with a sensitive, thought provoking subject like this, the audience will certainly enjoy a roller-coaster ride of comedy.”

Sharing her excitement Rakul Preet Singh adds, “It’s quite an interesting and hatke subject and I am very thrilled about starting the journey of my character. It's important to highlight some issues in a light-hearted way and that has got me pretty excited.”

Also read: Did 'The Simpsons' know all along about Travis Scott's Astroworld mishap?