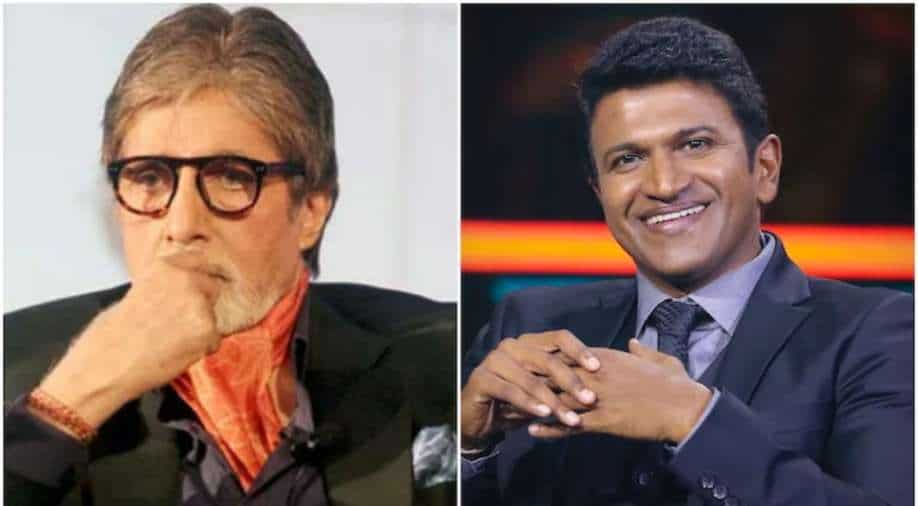 Kannada cinema superstar Puneeth Rajkumar, popularly known as Appu, passed away at the age of 46 due to cardiac arrest.

The sudden and untimely demise of India's superstar from the Kannada film fraternity, Puneeth Rajkumar, have left people shaken.

His death has not only left the South Indian film industry grieving, even Bollywood actors are feeling the pain, too.

Bollywood superstar Amitabh Bachchan took to Twitter to express his grief over the death of a 'family' member, saying, "a day of remorse and prayer .. two close to the family passed away today .. it is too dark .."

Kannada cinema superstar Puneeth Rajkumar, popularly known as Appu, passed away at the age of 46 due to a cardiac arrest.

As per the reports, Rajkumar was hospitalised at Bengaluru's Vikram Hospital on Friday, October 29, after the actor began experiencing chest pain at the gym.

His mortal remains will reportedly be put to rest beside the grave of his father, the legendary Kannada actor Dr Rajkumar, in Bengaluru.

An order in this regard was issued by senior IAS officer N. Manjunath Prasad, principal secretary to the chief minister, on Friday.

Puneeth Rajkumar's mortal remains are kept for the general public to pay homage at Kanteerava Stadium till Saturday evening.

Thousands of people from across the state are pouring in to pay their last respects to the late superstar.

The Prime minister of India Narendra Modi and the Vice President Venkaiah Naidu have offered their condolences to his bereaved family.