Akshay Kumar, Rakul Preet Singh wrap up shoot in London for their next 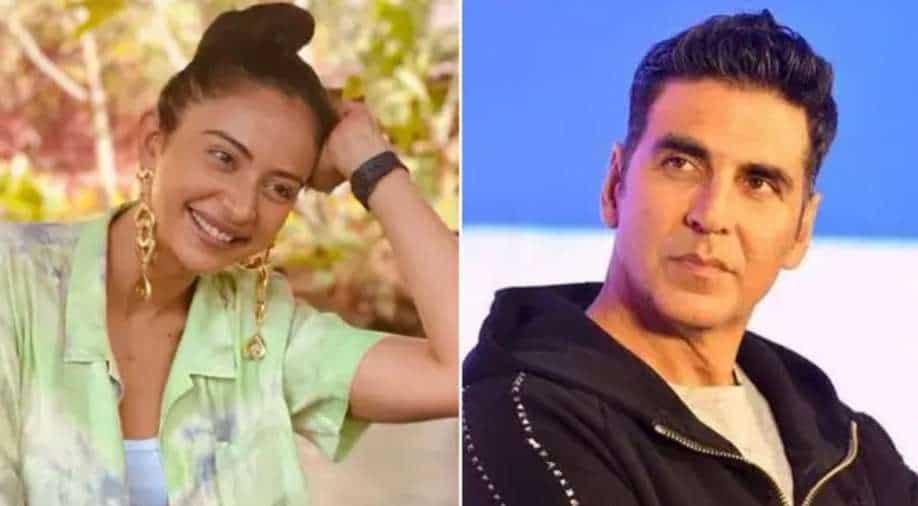 The untitled film will see Rakul Preet Singh taking on leading-lady duties opposite Akshay Kumar, which is being directed by Ranjit Tiwari who had also helmed 'Bellbottom'.

Bollywood actors Akshay Kumar and Rakul Preet Singh are done shooting for their upcoming project in London, the 'Bellbottom' actor confirms on Twitter.

The untitled film will see rakul preet Singh taking on leading-lady duties, which is being directed by Ranjit Tiwari who had also helmed 'Bellbottom'.

Posting a picture with his entire cast and crew members, Akshay Kumar wrote, "Can’t believe it’s a wrap on #Production41! Grateful to have shot and completed a memorable journey with the loveliest team! Thank you for all the love, smiles and fun!"

Seen in the photograph are Akshay and Rakul, producers Vashu Bhagnani, Deepshikha Deshmukh and Jackky Bhagnani, alongside director Ranjit Tiwari, Sargun Mehta among others.

On the work front, Akshay Kumar has many films lined up for release: ' Prithviraj', 'Atrangi Re', 'Bachchan Pandey' and 'Sooryavanshi'. Rakul, too, has Mayday' with Ajay Devgn, 'Thank God' and 'Doctor G' opposite Ayushmann Khurrana.