Sara Ali Khan to WION on what makes her different from others: I am an educated actor 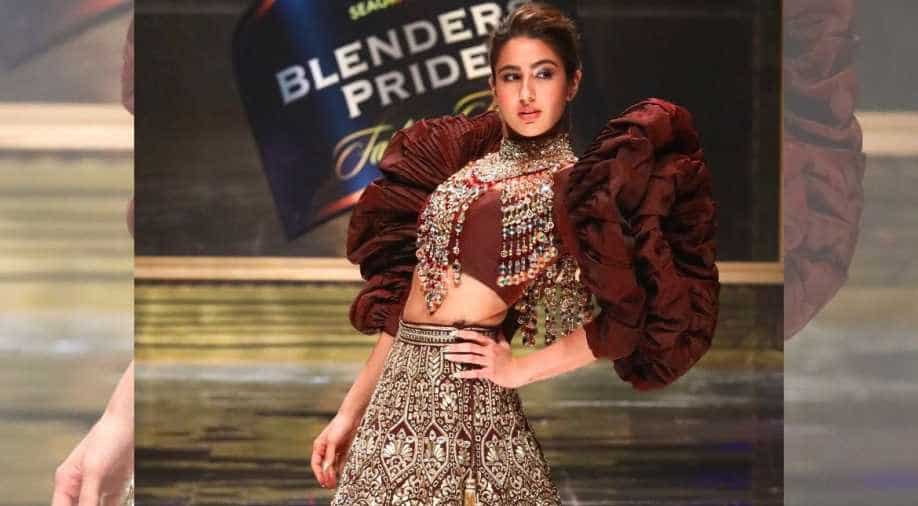 Sara Ali Khan spoke to WION on life, fashion and what makes her different from the others in the world of entertainment.

Born into the royal family with love for the camera, Bollywood’s new crush, Sara Ali Khan is a firework. She stunned the audience as she walked for the Delhi edition of 15th Blenders Pride Fashion Tour as showstopper for ace designer duo Abu Jani Sandeep Khosla. Sporting two glamorous looks for the show on February 15, Sara Ali Khan sat down with WION before her walk for an exclusive conversation on life, fashion and what makes her different from the others in the world of entertainment.

What’s a typical day like in Sara Ali Khan’s life?
Honestly, it can depend a lot. I will give you three typical days. One is wake up in the morning, go to the gym, come and hang with mom all day, whatsapp, go to the gym again and sleep. This is ofcourse on a free day. Then there are days when I get up in the morning really early then go to the gym, get ready for hair and makeup, shoot like two different things may be in two different cities. Promote like a crazy person. Come home and not sleep because you have to start again. Or, hang out in New York the whole day. It’s my favourite city in the world any day. I mean my favourite city outside India. There are a lot of beautiful heritage, culture and beautiful sites in our country that I really like. But if I am leaving India, I will go to New York.

Excited or nervous for the show?
There are very few things in my profession that are exciting without being nerve-wracking or nerve-wracking without being exciting. It's almost like you can’t ever decide. Right now the attire that I have seen, between you and me, I am a little more nervous than excited. The dress is high on glamour, is beautiful, high fashion -- so it’s okay. 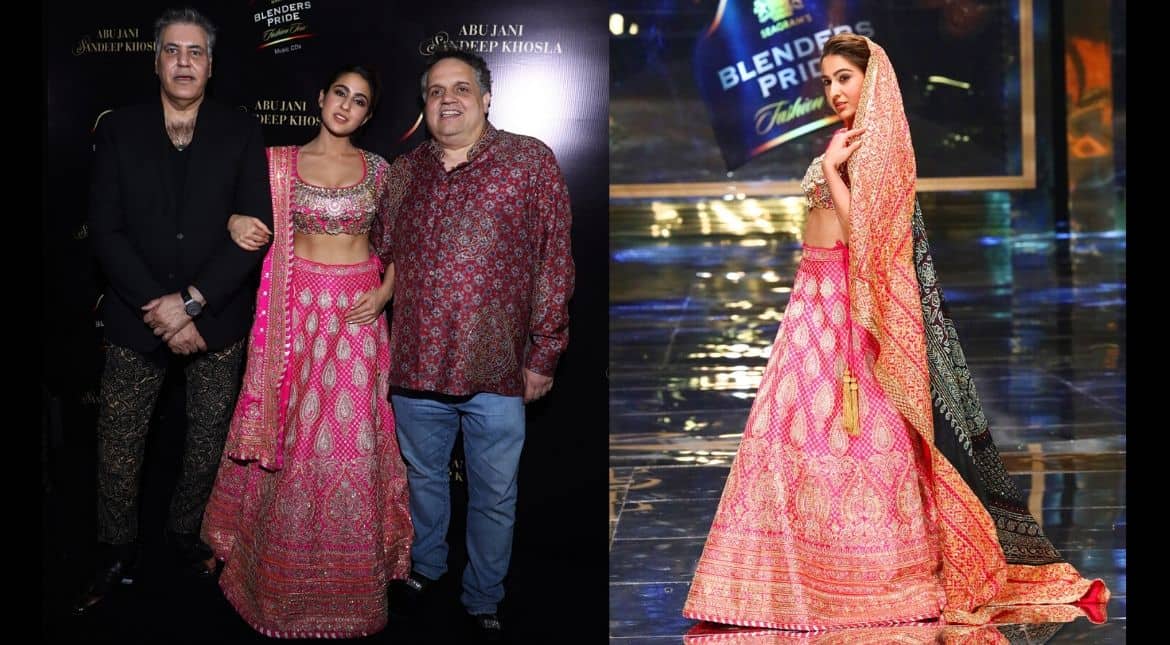 Which do you prefer -- being the actress or the model?
Well, I am trying to bring on the model today. Let's see if I succeed. The actress Sara is always in me. I can't change that.

What does ‘Pride’ in the Blenders Pride Fashion Tour 2019-20 stand for you?
I think it is not adhering to external definitions. It being authentic but also being an amalgamation of things around you. You take in from society --whether it's from the past, visions of the future, living in the present. One is a combination of all these different things. I, for instance, am an educated actor. That's different. That's not something that happens all the time that you will go to an Ivy League college and come back to become a heroine. Breaking conventions and doing ‘you’ rather than doing what's expected of you is what this stands for me.

Fashion and style
It is eclectic, it changes. It’s very different for me. On a personal level, I believe that less is more. I think the more understated you are, the better it is in general but when it comes to like events, even then, it’s most important to be original to who you are. You can have fun with who you are as well. As a person I don't really like to adhere to fashion rules or anything. Lately for my promotions, (one day), I wore red eyeliner and pink eyeshadow and I enjoyed it. More than anything else, when i dress up, for any event, it's about dressing up for myself. 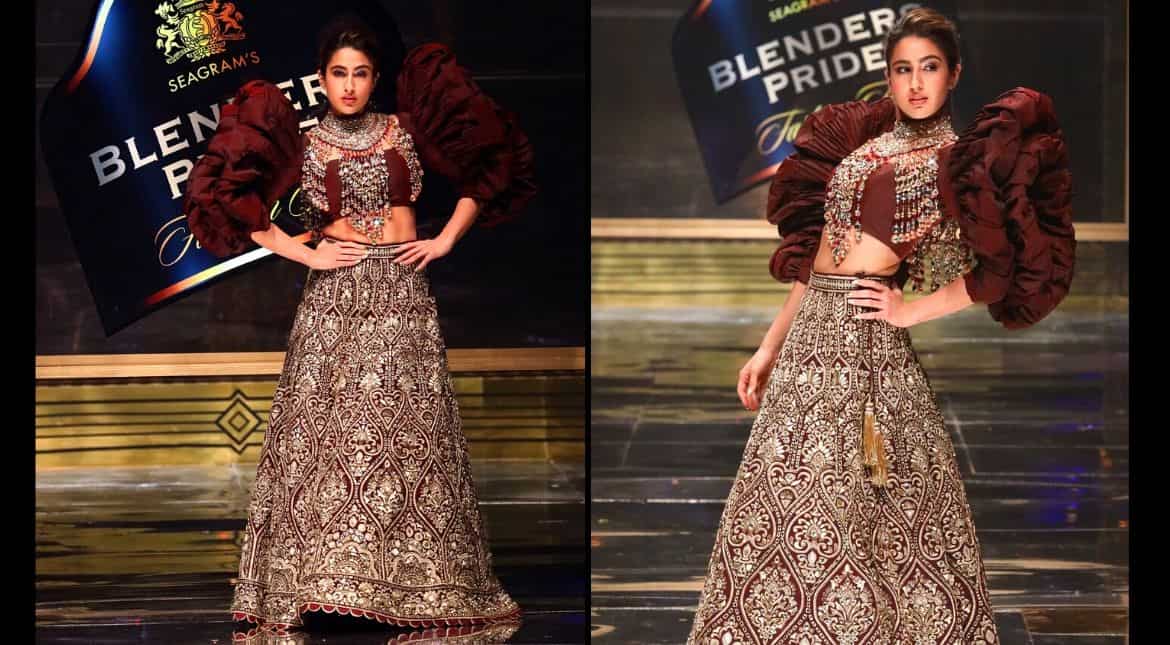 Do you give a brief to your stylist?
Always. I’ll tell her exactly what I want but she is the one who will put it together. I need to be controlled. My hair, makeup, my stylist all of them need to control me. If I had my way, I would have blue lipstick on all the time. Nobody lets me do it.

As an insider how do you reflect on transitions in the film industry?
There have been changes. Cinema is a true depiction of society. The more society changes, the more cinema changes. With the last film I did right now, it is an attempt to showcase what women are in a more real and relatable sense. I think that the audiences are beginning to want that a little more. They just want honesty, newness, and relatability with content. It’s not just about candy floss anymore. There needs to be a deeper meaning. As far as a woman’s role is concerned, whether as actors or characters, in society or in cinema, women have the ability and are taking lead -- that is what is being depicted in films as well.

If not an actress, what would you be?
A lawyer. I have always been interested in the idea of law, even politics.

You have had a drastic transformation in body size. What’s your take on body positivity?
That's key, it's very important for you to embrace who you are. It's very important for you to be able to define what is correct for yourself. I don't condone being 96 kgs but that's not because of society but because it's not healthy. Sometimes society can be a good mirror for telling you what’s correct and what's not. But you shouldn't use it as a constraining factor. You should consider all opinions always but ultimately do what works best for you.

On the professional front, Sara Ali Khan recently starred in Imtiaz Ali's 'Love Aaj Kal' with Kartik Aaryan. The film has opened to a decent collection. Read the review here.