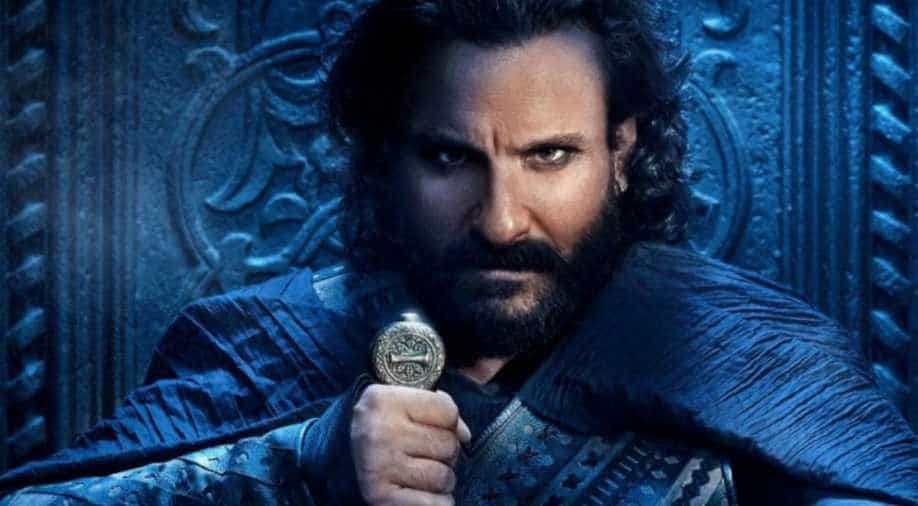 Saif and Ajay will be seen on the screen together after 13 years. They last worked together in ‘Omkara’.

A day after the first full-length poster of ‘Tanhaji: The Unsung Warrior’ came out featuring Ajay Devgn as the eponymous character in what is an epic drama, makers have also released the poster starring Saif Ali Khan.

Interestingly, Saif’s look and the poster is being compared by many on the social media as one that is strikingly similar to the character Jon Snow from ‘Game of Thrones’. Previously, Saif’s another filmy character from his film ‘Laal Kaptaan’ courted the same controversy when people thought it was too close to the look of Johnny Depp’s famous character, Jack Sparrow from ‘Pirates of the Carribean’.

Meanwhile, for this film, Saif and Ajay will be seen on the screen together after 13 years. They last worked together in ‘Omkara’.

Talking about his character, Saif said, "Udaybhan Singh Rathod, a great warrior who works as a mercenary for the Mughals, is not your regular baddie but a doomed Shakespearean hero who ends up on the other side. Even in Amar Katha comics he comes across as a cool dude, the kind Johnny Depp has brought to the screen."

‘Tanhaji’ is based on the life of Tanaji Malusare who was a military leader in the army of Chhatrapati Shivaji, the founder of the Maratha Empire in the 17th century India.

In Pictures: Chhapaak, Prithviraj, Laxmmi Bomb: From Eid to Christmas, 2020 is a year full of box office clashes