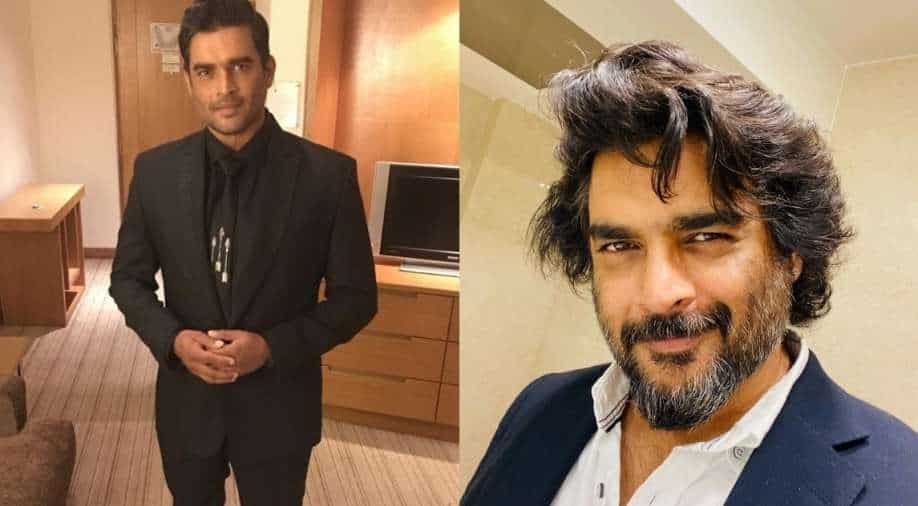 R Madhavan, who is currently promoting his upcoming movie 'Rocketry: The Nambi Effect', which also marks his debut as a director, said he wants to do age-appropriate roles.

In a recent interview, actor R Madhavan, who is currently promoting his upcoming movie 'Rocketry: The Nambi Effect', which also marks his debut as a director in the film industry, said that he now wishes to do roles in romantic films that are 'age-appropriate', adding that he does not want to romance a heroine who is much younger than him.

Further, talking about his criteria for picking a movie, Madhavan also spoke about not turning himself into an actor and how he has not been trained 'to be one.'

"I have to be age-appropriate in my roles. It is not that I am romancing a young girl now. It is not something that I want to do. If I am offered a romantic film, it has to be age-appropriate or have content that makes me viable for me to be part of it. I go by where I am, emotionally. If it appeals to me, I do it. It is always instinctive," Madhavan told news agency PTI.

Madhavan continues, saying that he had realised early in his life that the film industry was unpredictable. "It was all about finding my own path. All I did was pursue things that made me happy and see if I was playing the cards correctly. I didn't want to be an actor, I never trained to be one."

"I had no one from my family in the industry, I did not know anybody but I'm still here. I must have done something right," the 52-year-old added.

Madhavan will be next seen in ‘Rocketry: The Nambi Effect’, which chronicles the life of a former ISRO scientist, Nambi Narayanan, who was falsely accused of espionage in the year 1994. The film will follow Nambi’s early days as a student at Princeton University, prior to exploring his career as a scientist and the espionage charges that were levelled against him. The film, which is set to release on July 1, also stars Phyllis Logan, Vincent Riotta, Ron Donachie, Simran, Rajit Kapur, Ravi Raghavendra, Misha Ghoshal, Gulshan Grover, Karthik Kumar, and Dinesh Prabhakar, with a special appearance by Shah Rukh Khan and Suriya.

Also Read: Happy Birthday R Madhavan: A look back the TV shows that made him a star

The film will release in Hindi, Tamil, and English and has been dubbed in Telugu, Malayalam, and Kannada.

R Madhavan became a popular face in the entertainment industry after his 2000 Tamil feature film 'Alaipayuthey', which was followed by 'Minnale', released in the same year. With his debut Hindi film 'Rehnaa Hai Terre Dil Mein' in the year 2001, opposite Dia Mirza and Sai Ali Khan, the actor became a household name and there was no looking back. Madhavan has been a part of several hit Bollywood films like '3 Idiots', 'Rang De Basanti', 'Guru', 'Tanu Weds Manu', 'Tanu Weds Manu Returns', among others. But before landing chances in the films, Madhavan had done some popular serials such as ‘Banegi Apni Baat’, ‘Aarohan’, ‘Ghar Jamai’, ‘Sea Hawks’, and ‘Saaya.’