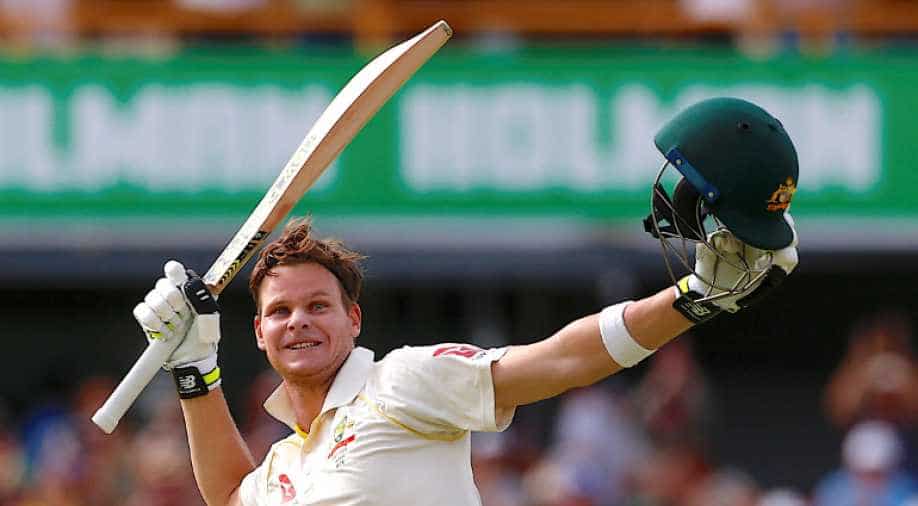 'It was a little bit sore today playing a few different shots,' Smith said. 'But I'll be able to deal with it and I'll get on with it.' Photograph:( Reuters )

Getting whacked on the hand by a Cameron Bancroft shot would not keep Steve Smith from the Boxing Day test against England, the Australia captain said on Monday.

Smith was struck on the right hand by a Bancroft shot while standing at the back of the batting nets at the Melbourne Cricket Ground on Sunday ahead of the fourth test in the series.

The 28-year-old said he had been in pain on Sunday and again on Monday when he was batting during training but it would not affect him when he leads his side out on Tuesday as they continue their push for a series whitewash.

Maybe I'll just have to use a bit more of my top hand throughout the game, a bit less wristy'

"It was a little bit sore today playing a few different shots" he told reporters. "But I'll be able to deal with it and I'll get on with it.

"Maybe I'll just have to use a bit more of my top hand throughout the game, a bit less wristy.

"I copped a few (on the right hand) in the nets in Perth and a few more in the game. It just seems to be whenever you're getting hit in a spot - it just continually gets hit."

Australia have already regained the Ashes after an innings and 41-run victory in the third test in Perth last week gave them an unassailable 3-0 lead in the five-match series.

Smith said that Bancroft had apologised profusely for the incident.

"I didn't give him much (initially). He kept coming up ... it's all good, accidents happen," Smith said.

The Australians had been forced to make one change from the side that hammered England in Perth to seal the series with Mitchell Starc ruled out due to a heel injury and replaced by Jackson Bird.

While Starc had been instrumental in regaining the trophy with his express pace, late swing and aggression, Bird was more than capable of stepping into fill his shows, Smith said, even if the pitch was not expected to be overly helpful to the bowlers.

"It looks pretty flat. It doesn't look like there will be great deal of sideways movement, maybe a bit of reverse swing as the game goes on," he said.

"Hopefully we can get the ball reversing and hopefully there's a little bit of spin for Nath (Nathan Lyon).

"We've been able to get results here in the last couple of years. We're going to have work hard, first-innings runs are going to be crucial again.

"We've now got an opportunity to keep winning. That's been my message to the boys, don't worry about 5-0 at this stage.

"You've got to win this one first."