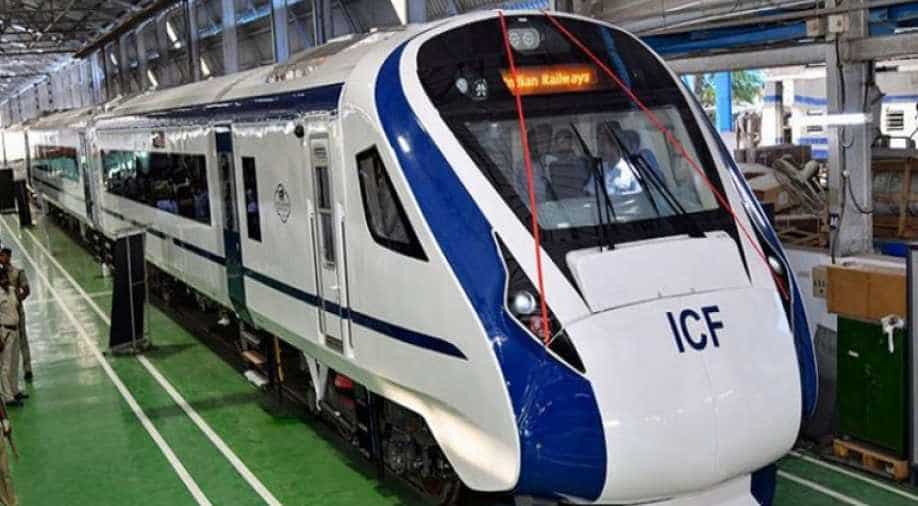 The semi-high speed train is scheduled to be flagged off by Prime Minister Narendra Modi on February 15.

Vande Bharat Express or Train 18's air-conditioned chair car ticket would cost Rs 1,850 and the executive class fare will be Rs 3,520 for a Delhi to Varanasi trip, including the catering service charges, officials told PTI Monday.

While the chair car fares are 1.5 times the price of Shatabdi trains running the same distance, the executive class fares are 1.4 times of first-class air-conditioned seating in the premium train, the official sources said.

The semi-high speed train is scheduled to be flagged off by Prime Minister Narendra Modi on February 15.

The train has two classes of tickets -- executive class and chair car -- and will have differently priced meals, the sources said.

While passengers travelling from New Delhi to Varanasi in the executive class will be charged Rs 399 for morning tea, breakfast and lunch, travellers in the chair car will need to pay Rs 344 for the same.

Those travelling from New Delhi to Kanpur and Prayagraj will have to pay Rs 155 and Rs 122 for executive class and chair car, respectively.

From Varanasi to New Delhi, the passengers will be charged Rs 349 and Rs 288 in the executive class and chair, respectively.