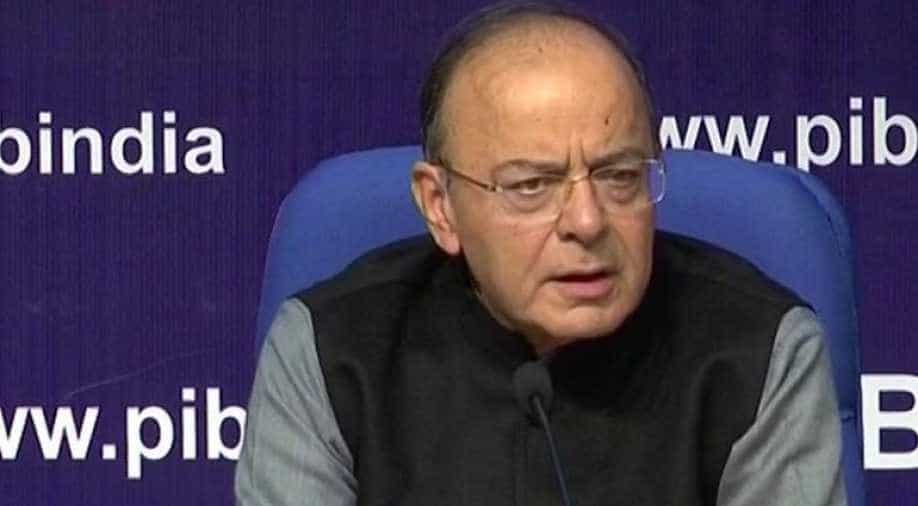 Jaitley said Friday that he had 'always believed in a holistic budget'.  Photograph:( ANI )

There are sections of the economy which need government aid, Jaitley told the CEOs, taking off from where he had left off in his Budget. Jaitley's last full year Budget before the general elections in 2019 has been called pro-poor, populist, and aimed at the elections next year.

The stress in the farm sector is real, Jaitley said Friday. (Critics of his government have been saying the same thing for some time now.)

On Thursday, Jaitley had announced in his Budget that farmers would be paid 1.5 times the cost of production of their kharif crops.

The MSP has to be reasonable, Jaitley said Friday. And that the agriculture ministry, state governments, and NITI Aayog would work out the details.

Jaitley added Friday that the government was concentrating on targeting the welfare of individual rural homes, providing interest subventions, and aid for irrigation to rural areas.

Jaitley's biggest announcement on Thursday however had been the creation of the world's largest health insurance programme. The programme, Jaitley said, would cover 500 million people -- close to half of the country's population -- with 50 million families insured for up to Rs 5 lakh a year.

The "health scheme is a major target for the government", Jaitley said Friday.

Jaitley said the health insurance programme too was first envisaged by the NITI Aayog. He added that the programme could be built on a trust or insurance model, and that the scheme would kick off on April 1, 2018.

Jaitley said Friday the MSP and healthcareprogrammes were "ambitious" and that the real success would lie in implementing it.

“We were concerned this year on account of various global and domestic factors that this had to be a ‘spend-more’ and not a ‘save-more’ budget," Jaitley added.

Jaitley's Buget had offered a number of other sops to the poor, especially the rural poor -- including the distribution of eight million free gas connections, and four million free electricity connections.

The sops however mean the governnment will breach its fiscal deficit target. Jaitley said Thursday that the target this year was 3.3%, up from the earlier 3%.

The stock markets did not respond well to the announcement. They dove further after Jaitley announced long-term capital gains on the sale of shares above Rs 1 lakh would be taxed at 10%. Jaitley said Friday that that had been a "tough call".

He added Friday that the "manufacturing sector has picked up in the last few months". But that India has a serious challenge ahead of it when it comes to tax compliance and increasing the tax base. He added that tax rates in India are low. That no other country has a five per cent tax slab and that you cannot get slabs any lower than the ones we already have.