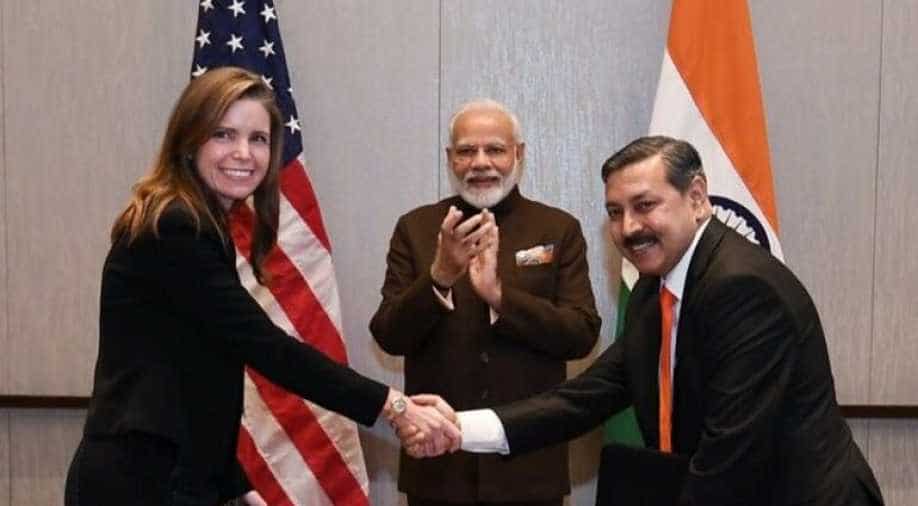 Tellurian & Petronet signed a Memorandum of Understanding (MOU) in the presence of Prime Minister Narendra Modi. The two companies will aim to finalise the transaction agreements by March 31, 2020. (Image source: PMOIndia/Twitter) Photograph:( Twitter )

The meeting between PM Narendra Modi and the CEOs of the top US oil companies is said to have focused on working together for energy security.

In his first engagement after arriving in Houston, Prime Minister Narendra Modi held a fruitful round table interaction with 17 global energy company CEOs on Saturday, with the discussions focused on boosting cooperation in energy security.

The combined net worth of companies participating in the round table meeting stood at US$1 trillion with presence in 150 countries. All companies have some engagement or presence in India.

The objective of the meeting was to deepen India's energy cooperation as part of a strategic energy partnership. CEOs talked about enhancing their footprint in India.

They also lauded the Indian government's effort towards Ease of Doing Business and steps taken towards deregulation in the sector.

The business leaders also supported reforms and policies and were upbeat on the issue of Indian economy.

The CEOs were thankful to the Indian government for support and facilitation.

On the sidelines, an MoU was signed between Tellurian, a Houston based energy major and India's Petronet LNG. Petronet will invest $2.5 billion in Tellurian's proposed Driftwood LNG export terminal, in exchange for the rights to 5 million metric tons of LNG per year over 40 years.