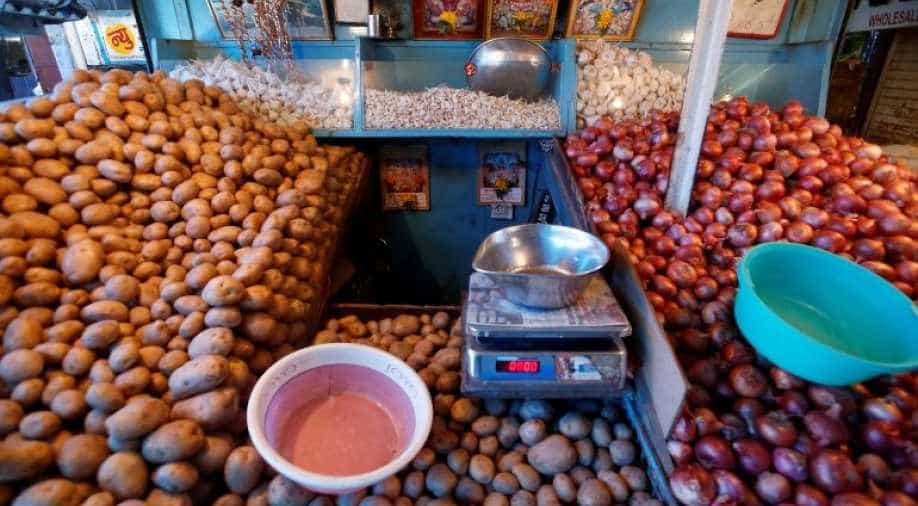 After witnessing months of softening of prices, the food articles in February saw 1.36 per cent inflation. In January it was (-) 2.80 per cent.

The wholesale price-based inflation rose for the second consecutive month in February to 4.17 per cent as food, fuel and power prices spiked.

After witnessing months of softening of prices, the food articles in February saw 1.36 per cent inflation. In January it was (-) 2.80 per cent.

The RBI in its monetary policy last month kept interest rates unchanged for the fourth consecutive meeting and said that the near-term inflation outlook has turned favourable.

Retail inflation, based on the consumer price index, was at 5.03 per cent in February, data released last week showed.

Industrial growth re-entered the negative territory by contracting by 1.6 per cent in January, while retail inflation soared to a three-month high of 5.03 per cent in February on costlier food items.

The National Statistical Office (NSO) in the Ministry of Statistics and Programme Implementation (MoSPI) had earlier released the Quick Estimates of Index of Industrial Production (IIP) for January 2021 and Consumer Price Index (CPI) numbers for February 2021.

As per the data, the contraction in the IIP in January was mainly on account of a decline in output of capital goods, manufacturing and mining sectors.

The worst performance was witnessed in the capital goods sector which showed a contraction of 9.6 per cent during January over a decline of 4.4 per cent during the same month in the previous fiscal.

NSO also revised upwardly the IIP number for December 2020 to 1.56 per cent from the earlier estimate of 1 per cent.

The factory output growth was in the negative territory in November 2020. It had posted an increase during September and October 2020.