Shares slip, rupee weakens as oil jumps after US airstrikes in Iraq 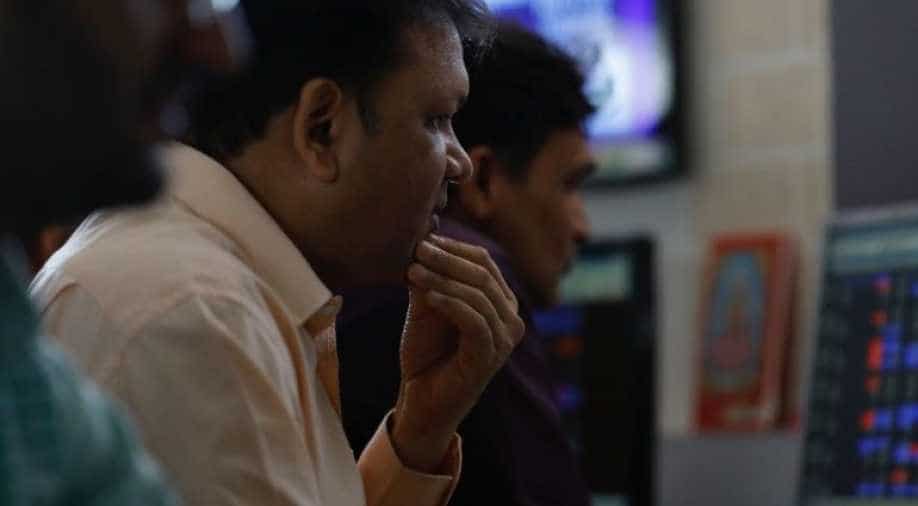 File Photo: A broker reacts while trading at his computer terminal at a stock brokerage firm in Mumbai. Photograph:( Reuters )

Ajay Bodke, an Indian CEO at Prabhudas Lilladher Pvt. Ltd. said that Iran will certainly retaliate; Oil is likely to be on the boil which would be bad for large oil-importing countries, especially those with large trade and current account deficit like India.

The Indian Rupee weakened and shares slipped on Friday as oil prices surged after US airstrikes killed a top Iranian commander, intensifying geopolitical tensions in the Middle East.

Other Asian markets also tumbled following news of the airstrikes, in which the head of Iran's elite Quds Force and a top Iraqi militia leader were killed early on Friday at Baghdad airport.

Oil prices surged, reflecting concerns that escalating Middle East tensions may disrupt oil supplies. Brent crude futures jumped to their highest since September 17 and were last up 2.88 per cent at $68.16 a barrel.

The Rupee weakened by 0.26 per cent to 71.5525 against the dollar. India, the world's third-biggest oil consumer, imports about 80 per cent of its oil needs, making it highly susceptible to crude price swings.

"Iran will certainly retaliate ... Oil is likely to be on boil. Bad for large oil-importing countries, especially those with large trade and current account deficit like India," said Ajay Bodke, chief executive of portfolio management services at Prabhudas Lilladher Pvt Ltd in Mumbai.

Shares in oil refining, retail and telecoms group Reliance Industries Ltd, India's largest company by market value, fell 0.7 per cent, on concerns of falling margins due to the rise in oil prices.

Shares in IT services companies, which receive a bulk of their revenue from overseas and benefit from a weaker Rupee, gained. Infosys Ltd and Wipro Ltd climbed 1.5 per cent each, while Tata Consultancy Services rose 2.3 per cent.

Meanwhile, India's central bank on Thursday announced another simultaneous purchase and sale of government bonds, the third such operation in recent weeks, moves seen as an attempt to bring longer-term yields lower.