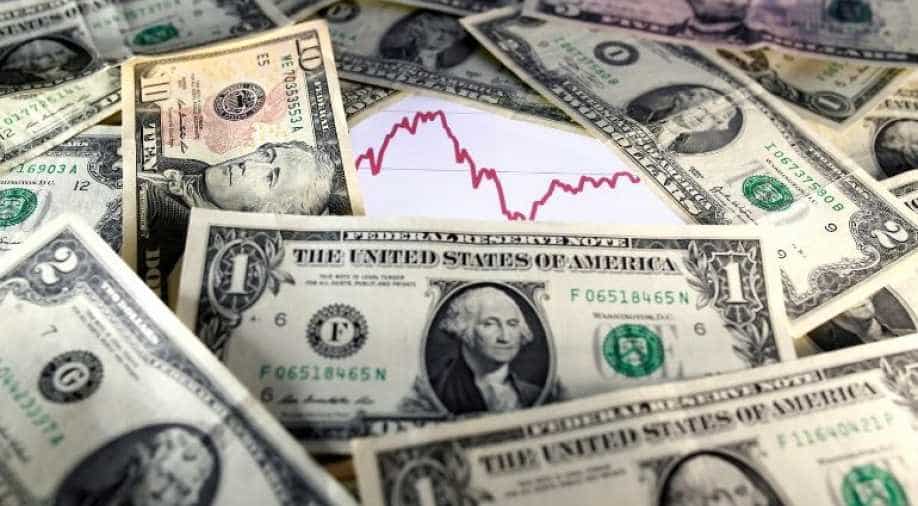 The dollar snapped a six-day losing streak to add 0.2 per cent on Thursday, the first trading day of 2020, pushing the euro off five-month highs while the offshore yuan shrugged off-reserve ratio cuts that could add $115 billion worth of liquidity.

The dollar snapped a six-day losing streak to add 0.2 per cent on Thursday, the first trading day of 2020, pushing the euro off five-month highs while the offshore yuan shrugged off-reserve ratio cuts that could add $115 billion worth of liquidity.

Trading may remain thin until Tuesday when most European countries open after Monday's Epiphany holiday but market players will be relieved the dollar navigated the thin-liquidity holiday period without experiencing the money market squeezes many had feared.

But wariness remains that there could be a repeat of last January's "flash crash" when massive stop-loss selling swept through holiday-thinned markets. Japanese retail investors are seen to have gone into the Tokyo holiday heavily short yen and long high-yielding currencies, including the Turkish lira.

Such yen moves tend to fuel wild swings in the dollar as well but traders may be better prepared than last year.

"There had been some talk of a possible dollar squeeze but US rates have been calm as the Fed has been on top of the game and providing enough liquidity. So now dollar-yen is mostly moving in line with the general risk sentiment," said Lauri Halikka, fixed income and FX strategist at SEB in Stockholm.

US President Donald Trump said on Tuesday that Phase One of trade deal with China would be signed on January 15 at the White House, but uncertainty surrounds details of the agreement.

The yuan closed at 6.9631 to the dollar, its strongest close since August 2, and its offshore version also firmed after an initial downward move after China's Wednesday move to cut the amount of cash that banks must hold, releasing $115 billion worth of funds to support the economy.

But the move had been widely expected ahead of January's Lunar New Year holidays and after Premier Li Keqiang's pledge last month to unleash more stimulus.

In terms of data, final purchasing managers indexes painted a slightly brighter than expected picture across much of Asia and Europe, with final French, German and euro zone readings a touch better than advance PMIs. However, they confirmed euro zone activity contracting for the 11th straight month.

The euro strengthened 1.8 per cent to the dollar last month but the PMIs failed to lift it further even though bond yields extended their rise and inflation expectations rose to the highest since July.

But Societe Generale analysts wrote; "Higher bond yields are likely to keep the euro's micro-rally going, wildfires will keep a lid on Aussie dollar, and PMIs and oil are supporting Norwegian, Swedish and Canadian currencies."

The Swedish crown firmed 0.3 per cent against the euro after PMIs rose in December after three months of declines though they still languished in contraction territory.

The Australian dollar slipped 0.2 per cent while the Canadian dollar was close to 2-1/2-month highs.

The British pound slipped 0.2 per cent however after December's 2.5 per cent gain.