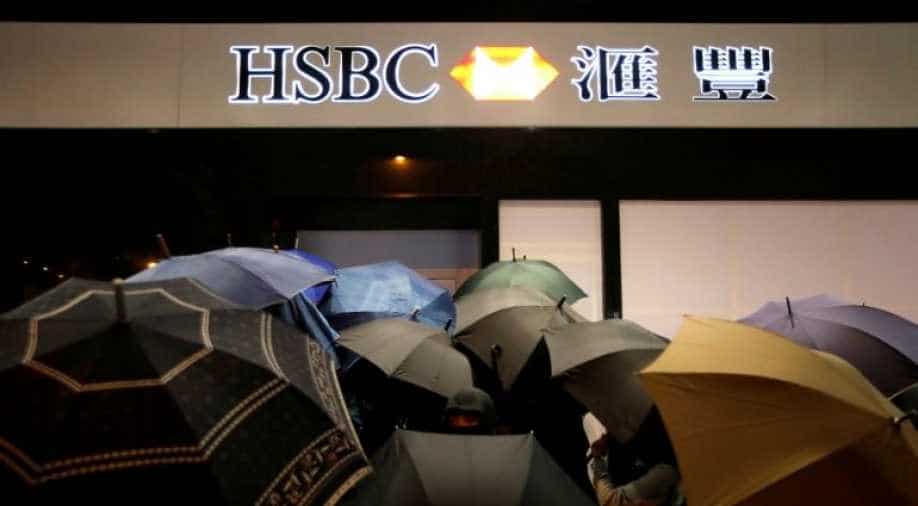 Hong Kong is the HSBC's single most important market, accounting for just over half of its $12.5 billion pre-tax profits in the first half of 2019.

In a briefing received from the HSBC bank on Friday, the overnight services were said to be suspended at 19 ATM clusters cited in different areas of Hong Kong, two days after its branches and ATMs were vandalised and flamed during anti-government protests.

Hong Kong is the bank's single most important market, accounting for just over half of its $12.5 billion pre-tax profits in the first half of 2019.

Until mid-December, HSBC had largely escaped direct involvement in the often violent anti-government protests that have shaken Hong Kong for more than six months even as other companies with perceived links to Beijing saw premises vandalised.

Since then, HSBC has drawn the ire of some protesters who accuse it of being complicit inaction by the authorities against activists trying to raise money to support their campaign.

The 19 groups of ATM machines are located in common protest hotspots. As a precautionary measure, they will be closed from 8 p.m. to 6 a.m. on Fridays, Saturdays, Sundays, the days before public holidays and on public holidays until further notice, the bank said in a statement.

HSBC on Thursday closed two branches and seven indoor ATM clusters after they were vandalised during anti-government protests on New Year's Day and Christmas Eve.

The famous pair of lions that guard its city centre headquarters were daubed with graffiti and briefly set alight after being doused in a flammable liquid.