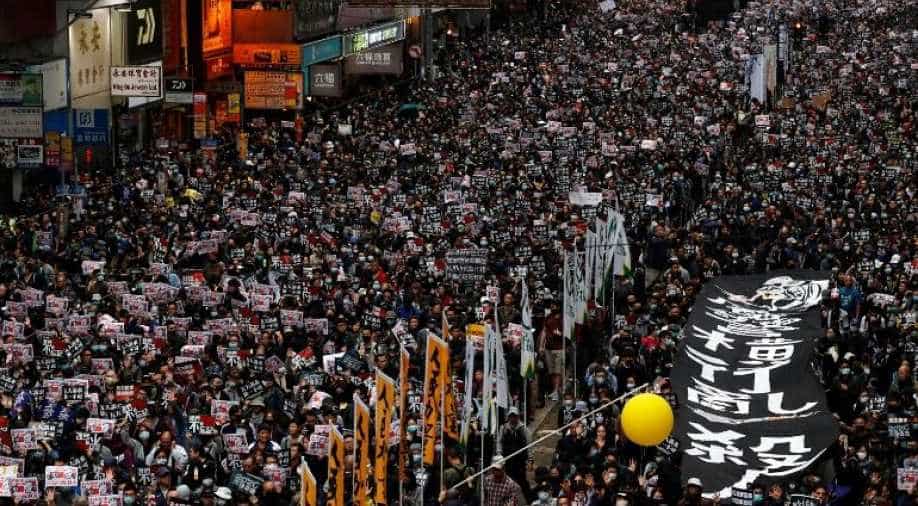 Hong Kong police said they had arrested "around 400" people on Wednesday after a massive New Year's Day pro-democracy rally saw clashes between police and hardcore protesters.

The arrests were made for offences including "unlawful assembly and possession of offensive weapons", senior superintendent Jim Ng said at a press conference, adding that police had asked for the rally to be terminated earlier than planned because of unrest.

Organisers claimed more than a million people participated in the rally.

The violence broke out during a largely peaceful march as masses of regular citizens pressed authorities for further concessions in the Chinese-ruled city.

In the Wanchai bar district, some protesters had spray-painted graffiti and smashed cash machines in an HSBC bank branch when plainclothes police moved in, pepper-spraying crowds in a tense face-off, after which several rounds of tear gas were fired.

The protesters, many masked and clad in black, regrouped and formed their own line, hurling several petrol bombs and unfurling umbrellas.

Protesters have directed their ire at the global banking group HSBC saying that it had closed an account that had been a fund-raising platform for the protest movement, a claim the bank has strongly denied.

Earlier in the day, under grey clouds, citizens young and old, many dressed in black and some masked, carried signs such as "Freedom is not free" before setting off.