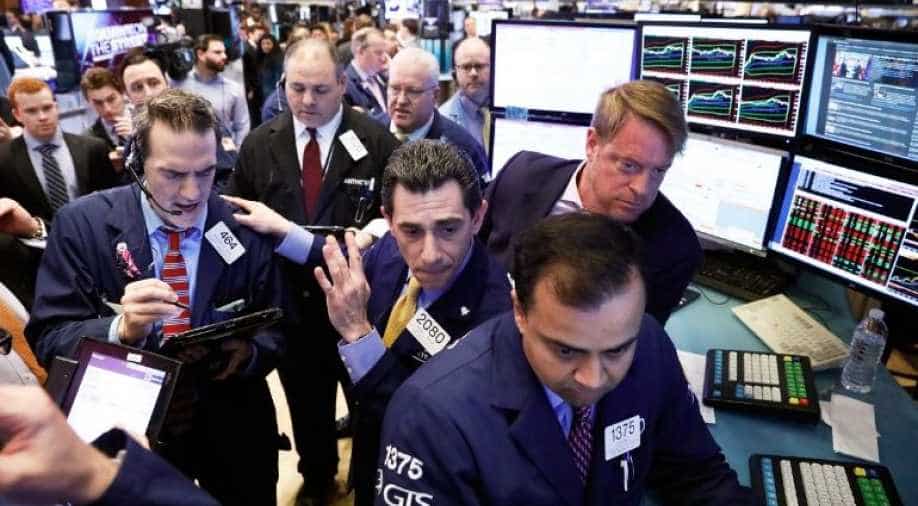 The new high drew a cheer from US President Donald Trump, who has repeatedly criticised Powell on monetary policy.

The latest new landmark, which was accompanied by a fresh record for the S&P 500, came as Fed Chair Jerome Powell completed the second day of congressional testimony at which he emphasised economic risks in remarks that were widely interpreted as signalling a likely interest rate cut.

The new high drew a cheer from US President Donald Trump, who has repeatedly criticised Powell on monetary policy. Trump extolled the latest new peak on Twitter, saying "Dow just hit 27,000 for the first time EVER!"

The Nasdaq, which had closed at a record following Powell's testimony on Wednesday, pulled back slightly.

It was joined lower by European bourses, which were pressured by stronger currencies after Powell's remarks weighed on the dollar.

"It's safe to say that investors were pleased with Jerome Powell's first day of testimony on Wednesday, with equity markets jumping on his dovish assessment," said Oanda analyst Craig Erlam.

"The Fed Chairman doesn't typically provide strong and direct messages on policy direction, which makes predicting future rate movements all the more difficult. But Wednesday's message was clear, the data is softening -- particularly on the inflation side -- and downside risks are significant," Erlam said.

But Thursday's records came amid fresh signs of trade policy discord that have troubled investors over the last year.

Trump, also on Twitter, accused China Beijing of backsliding on a recent pledge to buy more US farm exports. "Hopefully they will start soon!"

Trump's latest tweet on China "means we are not closer to a deal with China," said Art Hogan, chief market strategist at National Securities.

There were also fresh signs of tension between the US and Europe.

On Wednesday, officials said US President Donald Trump had ordered an investigation into France's planned tax on internet services. The French parliament passed the tax anyway on Thursday, making Google, Apple, Facebook and Amazon principal targets of the higher taxes.

Among individual companies, Delta Air Lines climbed 1.2 percent as it reported a nearly 40 per cent surge in second-quarter profits to $1.4 billion on strong flying demand.

The company also benefited from its lack of exposure to the Boeing 737 MAX, which has been grounded following two crashes. Delta does not own any of planes.