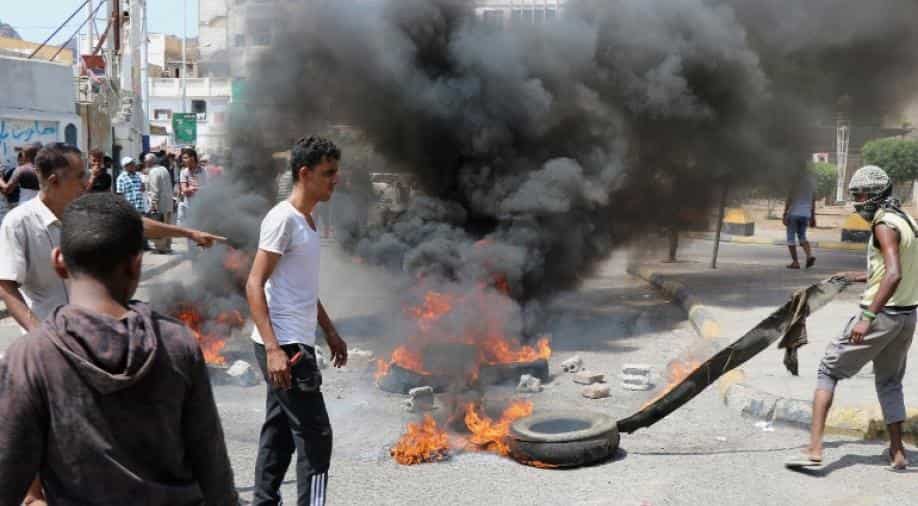 Local activists, asking not to be named, told AFP that the Shiite Huthi movement detained at least 55 students, including 18 women, near Sanaa University.

Yemeni rebels on Saturday detained dozens of students protesting in the capital Sanaa against poverty in the war-torn country, activists and witnesses said.

Local activists, asking not to be named, told AFP that the Shiite Huthi movement detained at least 55 students, including 18 women, near Sanaa University.

Huthi authorities had warned it would "beat and arrest" anyone taking part in demonstrations in the rebel-held capital, residents said, after local activists called for a mass protest against inflation and famine.

The Huthi rebels did not immediately comment on the arrests.

Witnesses said the detained men and women were chanting: "We will sacrifice our soul, our blood for you, Yemen."

The students were taken to a nearby Huthi-run police station, after which they were transported to "unknown locations", the activists told AFP, adding the rebels closed the university as part of security measures.

Huthi authorities have launched a crackdown on activists and deployed heavy security across Sanaa, according to activists and witnesses.

Since 2014, the Iran-aligned rebels have been battling the government of President Abedrabbo Mansour Hadi, which is backed by a Saudi-led military coalition.

The war has triggered what the UN calls the world's largest single humanitarian crisis, with more than three-quarters of the population in need of aid and 8.4 million people at risk of famine.

Nearly 10,000 people have been killed since Saudi Arabia and its allies intervened in 2015 to support the government in its fight against the Huthis.