Wuhan one year on: How China tried to spin the tale of the pandemic 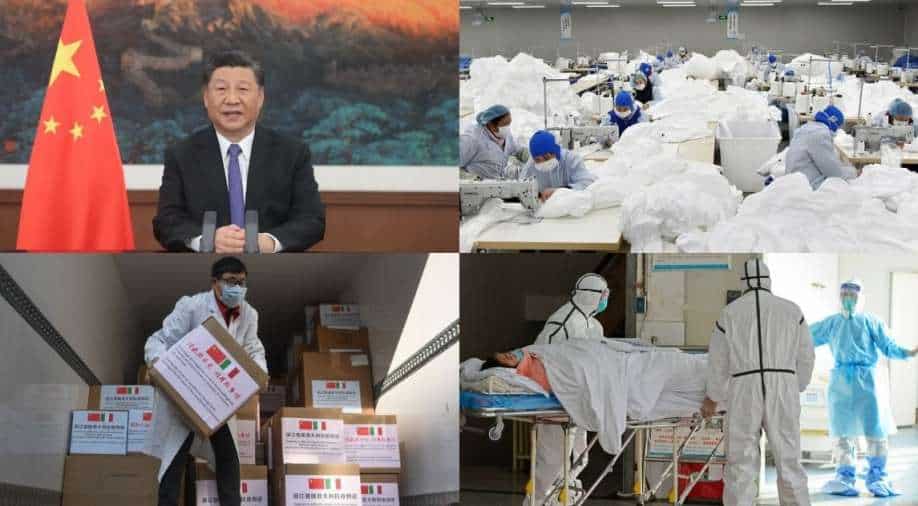 From the first days of COVID-19’s appearance in the city of Wuhan, Chinese leaders suppressed initial reporting and research about the outbreak, thereby slowing efforts to understand the virus and its pandemic potential

China is recasting Wuhan as a heroic coronavirus victim and trying to throw doubt on the pandemic's origin story as it aims to seize the narrative at a time of growing global distrust of Beijing.

While the world is still struggling with COVID-19, life in Wuhan, the original epicentre of the novel coronavirus, has returned back to normal.

The bustle, bright lights and din of the street appear to show a city back to some normality one year on from 31 December 2019, the day that health authorities in the city reported an unknown pneumonia outbreak to World Health Organization (WHO) colleagues in Beijing.

From the first days of COVID-19’s appearance in the city of Wuhan, Chinese leaders suppressed initial reporting and research about the outbreak, thereby slowing efforts to understand the virus and its pandemic potential.

As it began to contain the outbreak within its own borders, Beijing launched an assertive external information campaign aimed at sculpting global discussion of its handling of the virus. This campaign has clear goals: to deflect blame from Beijing’s own failings and to highlight other governments’ missteps.

Beijing was subject to significant criticism for a slew of reasons, including violations of individual rights and censorship, withholding information, and underreporting the severity.

After criticizing American officials for politicizing the pandemic, Chinese officials and news outlets have floated unfounded theories that blamed the United States and later India as the source of the virus.

A Chinese court on Monday handed down a four-year jail term to a citizen-journalist who reported from the central city of Wuhan at the peak of this year's coronavirus outbreak on the grounds of "picking quarrels and provoking trouble", her lawyer said.

Zhang Zhan, 37, the first such person known to have been tried, was among a handful of people whose firsthand accounts from crowded hospitals and empty streets painted a more dire picture of the pandemic epicentre than the official narrative.

China has also contributed an estimated additional $20 million to the WHO in a bid to strengthen the global response to the pandemic.

In statements from the Ministry of Foreign Affairs, China is painting itself as a success story. Earlier this week, the foreign ministry said “[China will] contribute [its] strength and wisdom to securing a final victory against the pandemic and to building a community with a shared future for mankind.”

China has made considerable progress in developing its economy and eradicating rural poverty over the past year despite the coronavirus pandemic, Chinese President Xi Jinping has said in a New Year’s address on Thursday.