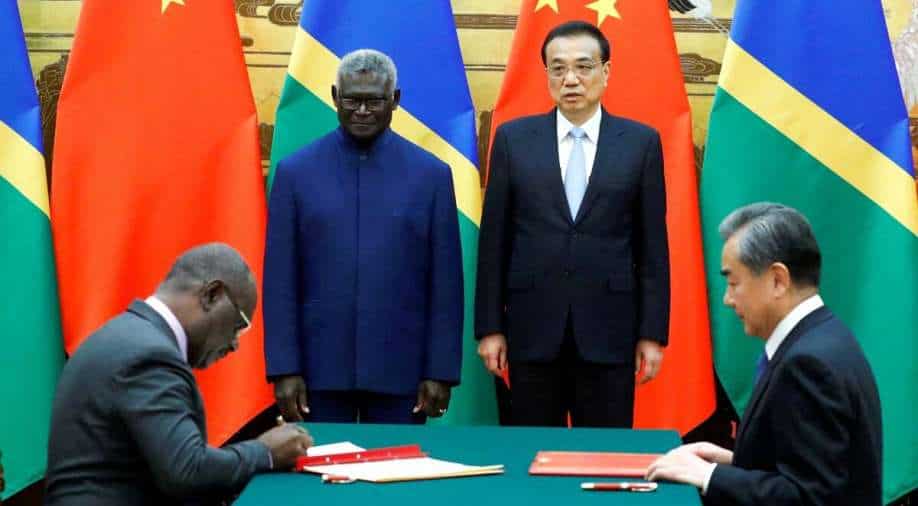 "Government is conscious of the security ramification of hosting a military base, and it will not be careless to allow such initiative to take place under its watch," a statement said.

Despite intentions to sign a security treaty with Beijing, the Solomon Archipelago stated it would not allow a Chinese military installation in the Pacific islands nation, sparking a regional backlash.

The office of Solomon Islands Prime Minister Manasseh Sogavare stated on Friday that the deal did not encourage China to create a military facility, a day after officials from the two countries initialled a draft agreement on security.

"Government is conscious of the security ramification of hosting a military base, and it will not be careless to allow such initiative to take place under its watch," a statement said.

Sogavare has not revealed the contents of the security pact with China, which has aroused worry after a leaked draught permitted Chinese navy ships to refuel at the islands.

It has yet to be signed by ministers.

The head of the Federated States of Micronesia encouraged the Solomon Islands not to sign the security treaty on Thursday, citing "severe security concerns" and a worry that the Pacific will become embroiled in a conflict between China and the US.

Watch | Gravitas: China gets another military base in Tajikistan

New Zealand has also expressed its opposition to the treaty, claiming that it will jeopardise long-standing regional security cooperation.

Despite promising the US that it would not militarise the region, China had constructed 20 points of military presence in the South China Sea, and Canberra feared Beijing was following a similar route in the Pacific islands, Dutton said in an interview with Sky News.

"They want a military port in PNG [Papua New Guinea]. They`ve got one in Sri Lanka, and they`re looking obviously at other places where they can put them," he said.

A Chinese military base in the Solomon Islands would prompt Australia to significantly increase its military deployment to the region because it the islands are very close to Australia, he said.

"The Chinese are incredibly aggressive. The tactics that they`re deploying into small island nations is quite remarkable," he added.

"The China-Solomon Islands security cooperation does not target any third party and does not conflict with other nations," China's foreign ministry said on Thursday, adding that the pact covered social order, defending lives and property, and natural disaster relief.