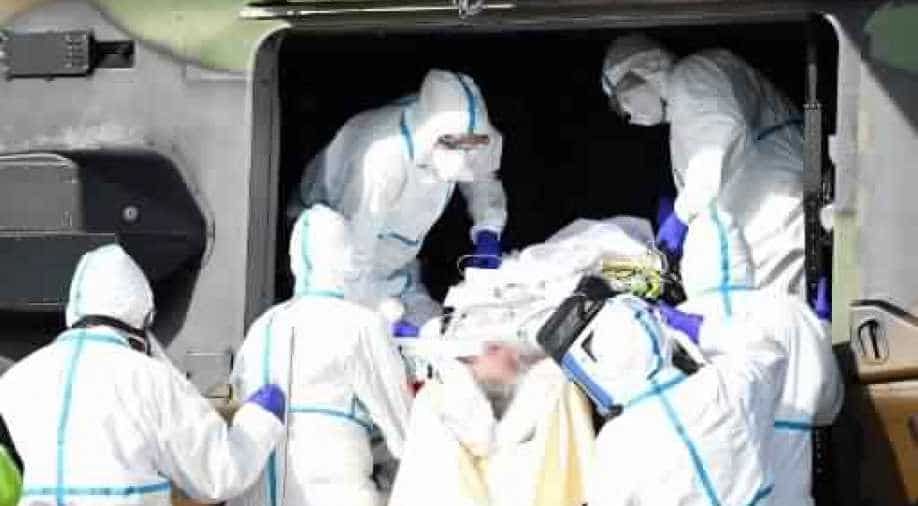 With the new deaths, the total number of COVID-19 fatalities in the country is 8,911

France on Monday reported its highest coronavirus death toll in the 24-hour period with 833 more people dying in hospitals and nursing homes.

"We have not reached the end of the ascent of this epidemic," Health Minster Olivier Veran told reporters.

He also said with the new deaths, the total number of COVID-19 fatalities in the country is 8,911.

"It is not over. Far from that. The path is long. The figures that I have announced show this," he said, urging people to remain at their homes.

The health minister also said 478 more people had gone into intensive care in the last 24 hours, a figure higher than the one reported in previous days.

However, Veran said that the latest data from statistical modeling showed that the reproduction rate (RO), the average number of people an infected person infects, is reducing in France.

"Thanks to the confinement, this R0 is around 1.0 and probably a little under and in some regions clearly under," Veran said.

"In other regions it is above 1.0 so this is why we must stay at home."

France, which is under the lockdown since March 17, has now started to give daily figures of hospitals and nursing homes combined.

Earlier, the daily coronavirus figures didn't include the numbers of nursing homes.